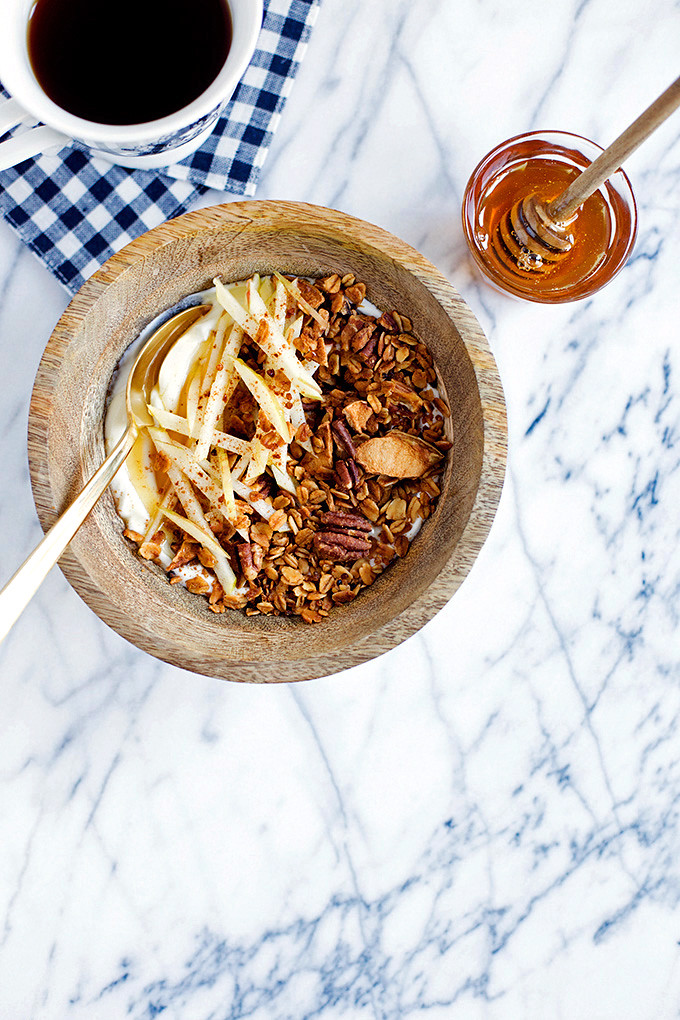 Besides the chocolate chip cookie, one of the first not-from-a-mix desserts I learned to bake was an apple crisp. It’s a well loved classic for a reason–who can resist warmly spiced, just-soft apples underneath a shower of crunchy, buttery topping? If you’re like me, you have probably enjoyed a scoopful of leftover apple crisp for breakfast in you life. It’s really the only thing to do when confronted with leftover crisps or crumbles of any sort (same goes for pie). The thing is, we don’t always have leftover crisps laying around (the horror) and we should maybe not have what is essentially pie for breakfast all that often (damnit). Enter this granola. It has all the flavors of apple crisp, but in a granola! All good granolas include some sort of fat–I’ve used olive and coconut oils in the past, but butter seemed only right in this version. This granola is sweetened with apple cider that’s reduced with a little honey to essentially make an apple-cider syrup. It makes the granola not too sweet and adds another layer of apple flavor–making it perfect for sprinkling liberally over your yogurt with a little less guilt than if you sprinkled actual apple crisp over your breakfast (not that I’d judge you). 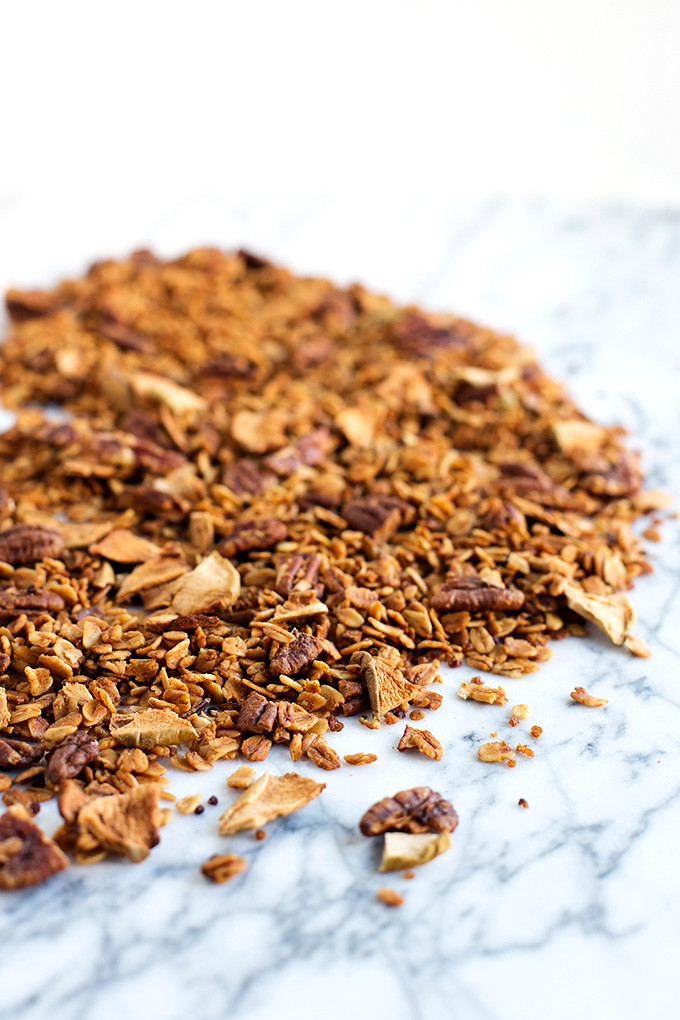