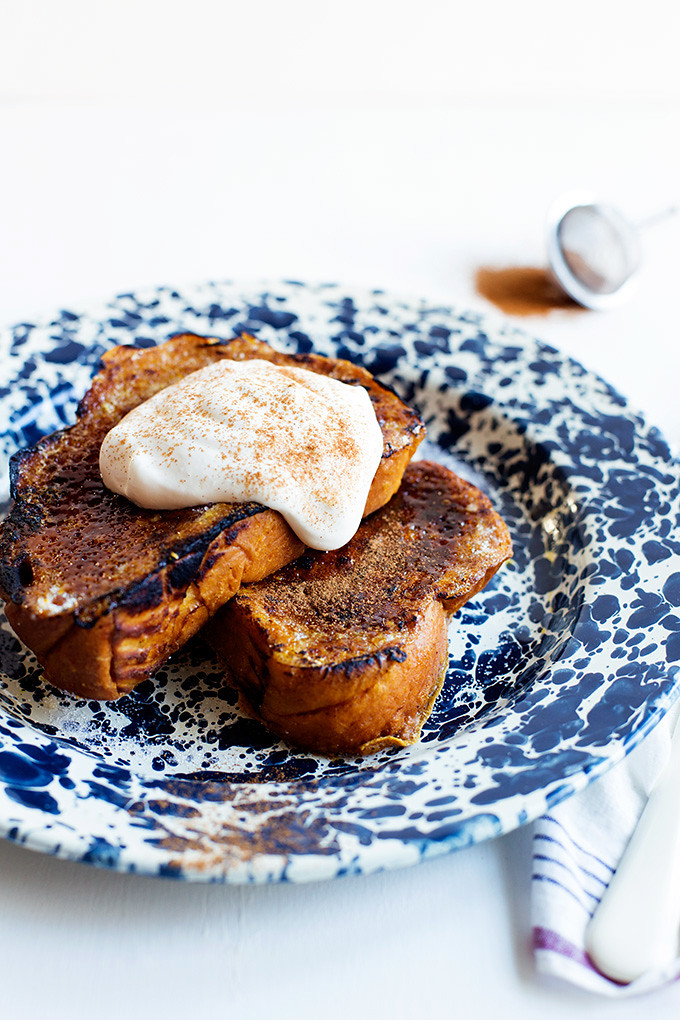 This recipe is the child of my brain and my fork–what I’m saying is it’s getting late and I had a real struggle with the photos for this recipe BUT, it’s delicious! A few weeks ago I met with Brandon, aka Brandiego of Kitchen Konfidence (who I am v.v. jealous of for being in Italy drinking all the wines) and his sweet BF for brunch at Tasty n Sons here in Portland. He ordered their french toast and even shared it with me (what a guy)! It had the most amazing caramelized exterior that reminded us of creme brûlée. Then, this weekend I was making pumpkin french toast for my dudes and I remembered that mind-blowing french toast of yester-weekends and decided I should probably marry the two and give it to you guys. So, I did and it was just as great as I imagined.

I mean, look at it! It’s pumpkin and spice–things so many of us love (since we’re all just a bunch of basic b’s anyway)–PLUS a crunchy, caramelized brûlée crust. If all of that isn’t enough–I also added a vanilla whipped sour cream. Yes, whipped cream with sour cream and vanilla. Seriously, do this even if it’s not for this french toast make it as a topping for something else (apple pie!). But also, make this french toast while you’re at it. 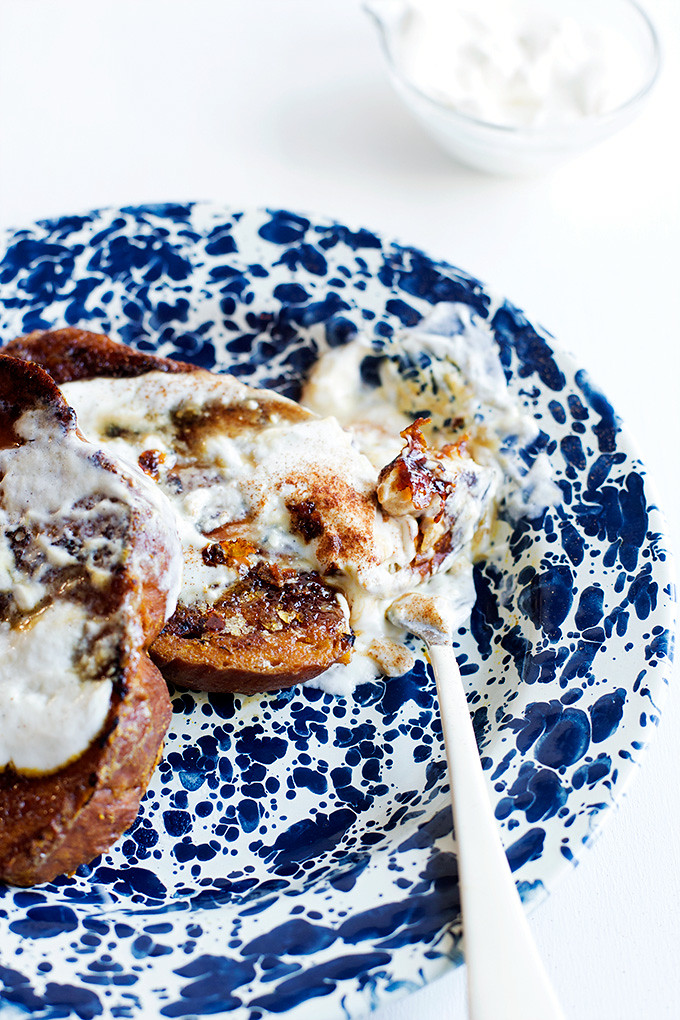 Save Print
Prep time
5 mins
Cook time
30 mins
Total time
35 mins
This pumpkin spice french toast has a crunchy brûléed crust and a tangy vanilla whipped cream topping.
Author: Cindy
Serves: 8 slices
Ingredients
Instructions
Notes
You can make your own pumpkin spice blend by combining ½ teaspoon of cinnamon with ¼ teaspoon each of nutmeg and ginger.
I have not tried to brûlée the tops with a broiler, so I can't personally recommend that route.
3.3.3077