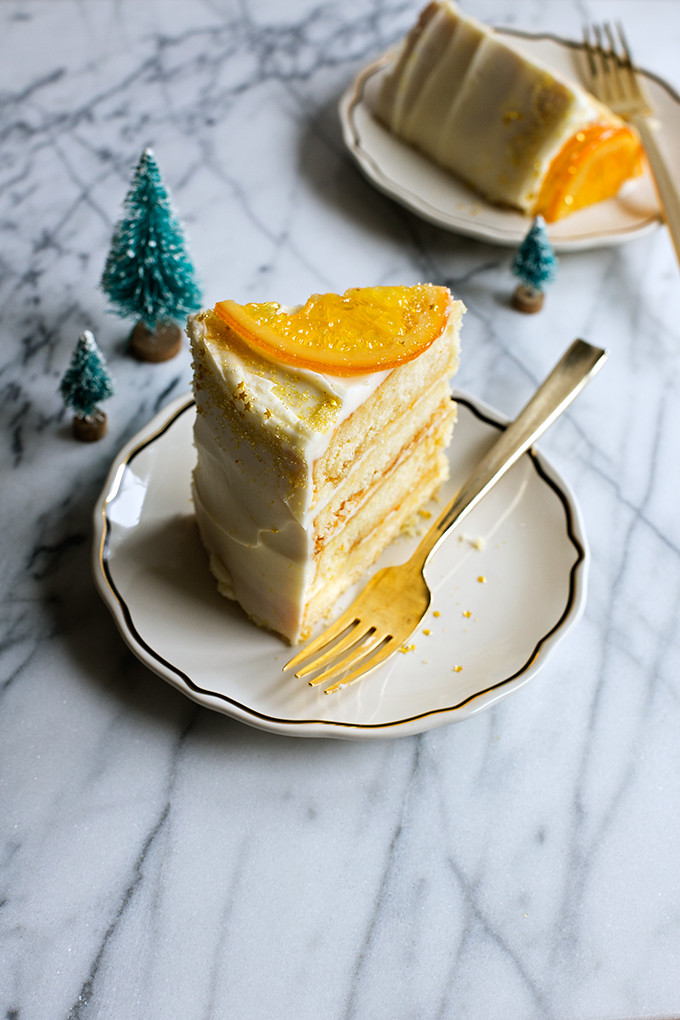 I’ve wanted to make a golden ginger cake forever and I finally have! I love deeply spiced, dark, and heady gingerbread a lot (see this Gingerbread Cake with Lemon Ginger Cloud Frosting) but somewhere along the way I wanted to make a cake that was lighter and spiced with just fresh ginger. Plus, I think “Golden Ginger & Orange Cake” just sounds so festive!

This cake is based off my one of my favorite buttermilk cakes with the addition of loads of fresh ginger, orange zest, and treacly golden syrup. The result is a tender cake with a very fine crumb–almost like a pound cake, but lighter in texture. There’s a thin layer of bittersweet orange marmalade between the four layers that offsets the sweetness of the classic, tangy cream cheese frosting. The candied oranges on top of this cake are so pretty and they taste amazing too. I used Laura’s recipe for candying these and it worked wonderfully. I actually made a batch using satsumas, but they ended up too thick (those suckers are hard to slice thinly!) so we just ate them. They taste like if those orange slice gummies were actually delicious. 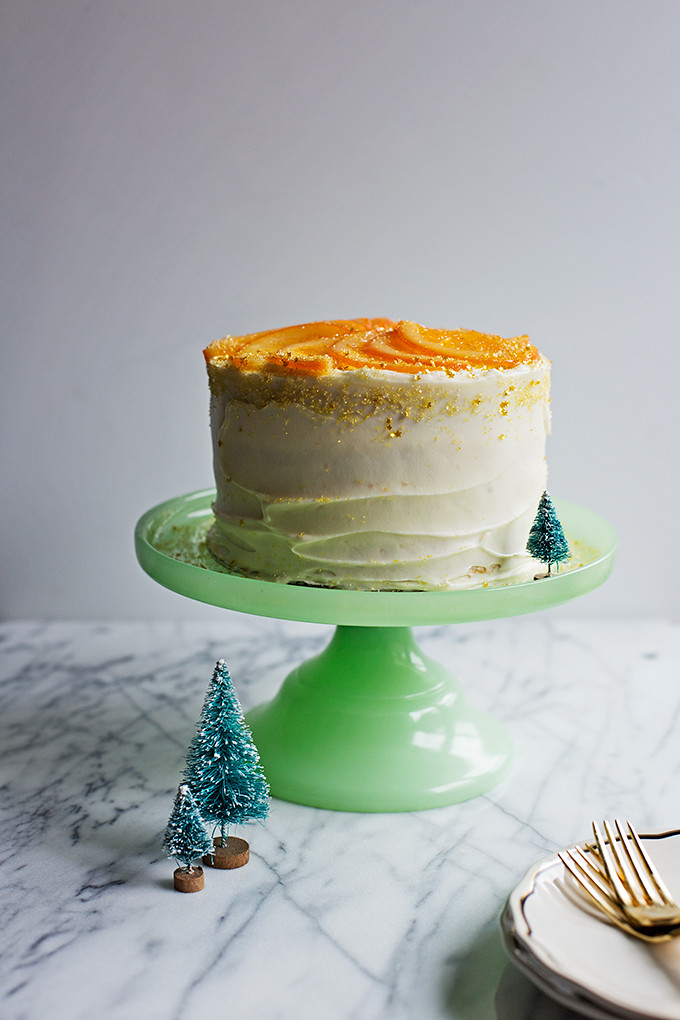 I like to thoroughly chill the layers before doing any slicing. It can totally be done with just the cooled, room temp layers, but I think chilling makes them easier to handle. I also like to chill the cake after filling it, before icing it. Sometimes I do a crumb coat (a thin layer of frosting to catch the crumbs that’s chilled before frosting the cake in a thicker layer), sometimes I don’t. It depends on the look I’m going for. I didn’t with this cake, so there are some thin spots and a few crumbs, but I felt okay about it.

I use a cake turntable to ice my cakes, it makes life so much easier! Especially since I can be a little obsessive and keep turning the cake and frosting it just-so for what seems like days. It’s actually an inexpensive plastic Wilton one that I got years ago. It works great for my purposes, but if I made more cakes that were much heavier and larger, I’d spring for a professional one like this Ateco version which is what we used when I worked as a baker.

I also think a small offset spatula is invaluable–for so many things besides cake icing! I seriously use this thing all the time. There are larger ones, but I prefer a small one for most things. 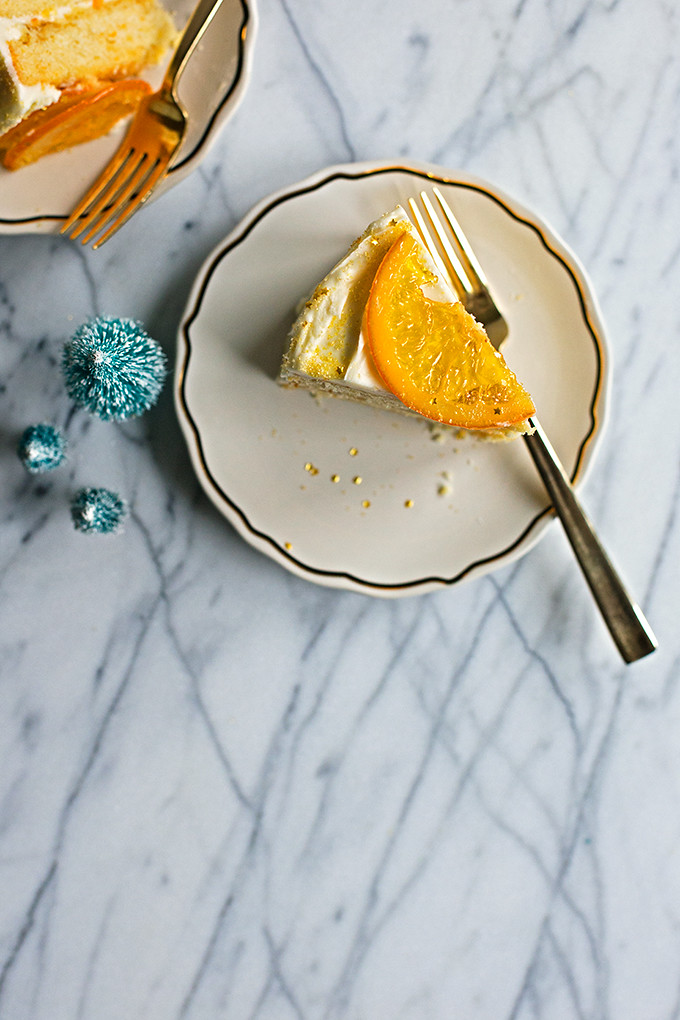 Save Print
Fresh ginger, orange zest, and sweet golden syrup flavor this fine crumbed cake layered with orange marmalade and cream cheese frosting.
Author: Cindy
Serves: 1, 6-inch, 4 layer cake
Ingredients
Instructions
Notes
This cake uses the reverse creaming method (a quick search will tell you all about it) and can feel very weird when you are mixing it since so many cakes start with creaming butter and sugar, then adding the dry ingredients. This method allows the fat to coat the flour which prevents some of the gluten from forming. This results in a finely textured, tight crumbed, and tender cake.

Orange marmalade can be a bit divisive with some people I know. I personally like the bitter sweetness of orange marmalade, especially with the gingery cake and sweet cream cheese frosting. This cake is just as delicious without it!

Cake adapted from my Strawberry Cream Cake. Frosting adapted from Betty Crocker.
3.4.3177
This post contains affiliate links, this just means that if you make a purchase using one of these links this blog makes a small commission which goes toward maintaining this site and making more delicious treats for our eyes and bellies.


More from my site