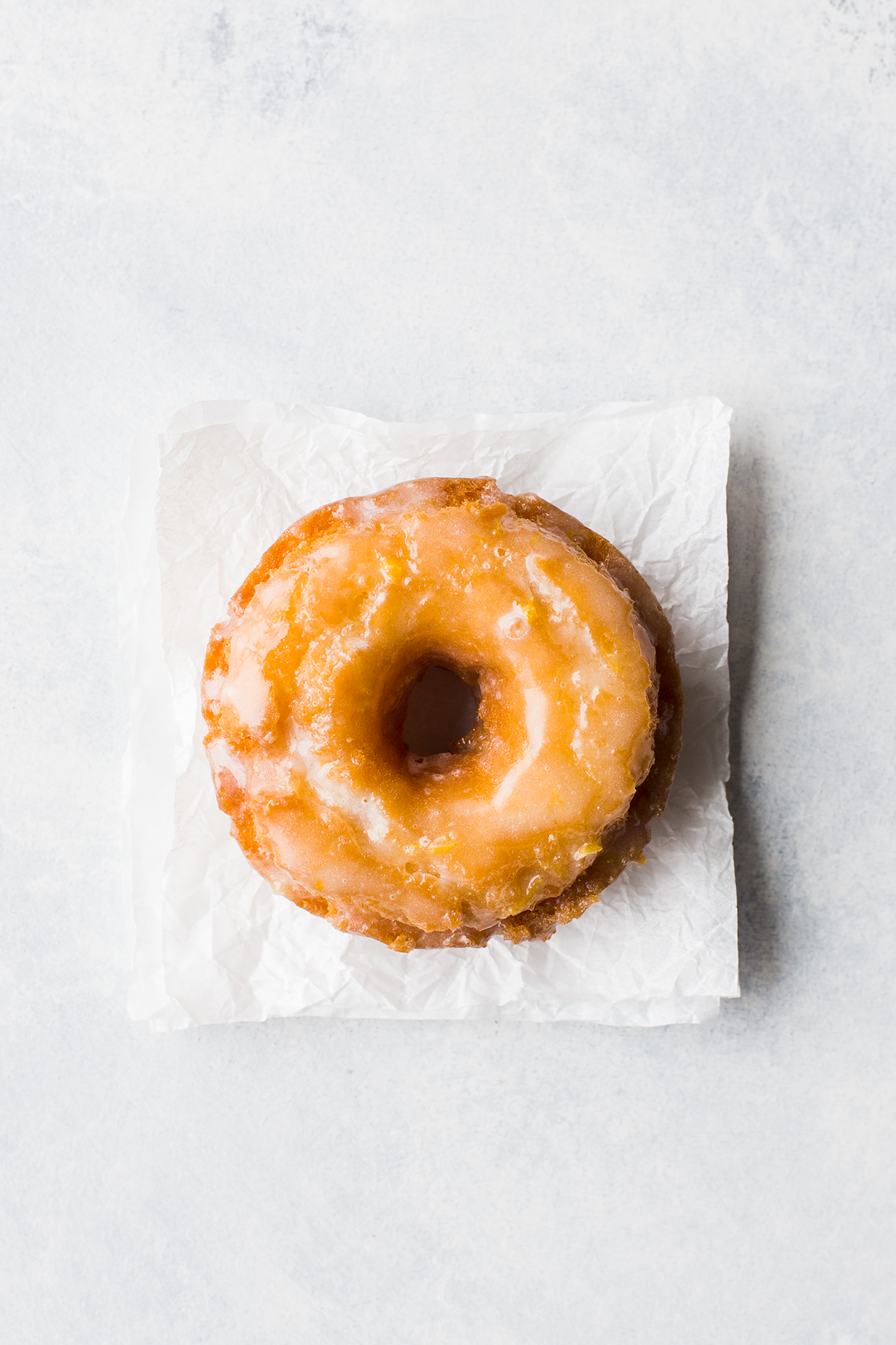 It’s almost National Donut Day! The first Friday in June has been designated as National Donut Day for decades to honor members of the Salvation Army who served donuts to troops during WWI. It may seem like just another random food holiday, but it actually has a long-standing history (check out the Wikipedia page for even more info on what may be the greatest individual food holiday of all time).

I decided to make a classic, old-fashioned style donut complete with that signature cracked surface and shiny glaze. There are a few different variations of the old-fashioned out there, some use buttermilk but I went with sour cream here. It’s a basic dough that lands somewhere between a biscuit dough and a thick cake batter. The dough comes together easily and after a little chill to firm up, is ready to cut and fry. Lots of old-fashioned donut recipes are additionally flavored with nutmeg but I went for a little lemon zest in both the batter and glaze that I think is an excellent pair with the notes of sour cream. Bonus, these glazed babes actually taste almost as good the next day! Just store the cooled donuts at room temperature in an airtight container.

Chill your dough! You need to chill the dough for at least 2 hours, but I think it’s much more efficient to make the dough the night before you plan on frying. That means fresh, hot donuts first thing on a weekend morning!

Prep! Cut your donuts and prep your frying and glazing stations before you begin frying. Once the dough has chilled, I cut out the donuts and place them on a parchment-lined baking sheet in the refrigerator while I set up a pot of oil (off the heat) and set a cooling rack over a baking sheet before I get the glaze started. This way once you heat up the oil and begin the frying process you aren’t running around doing set-up and you can keep a watchful eye on your donuts as they fry and glaze them while they’re still hot from the oil. 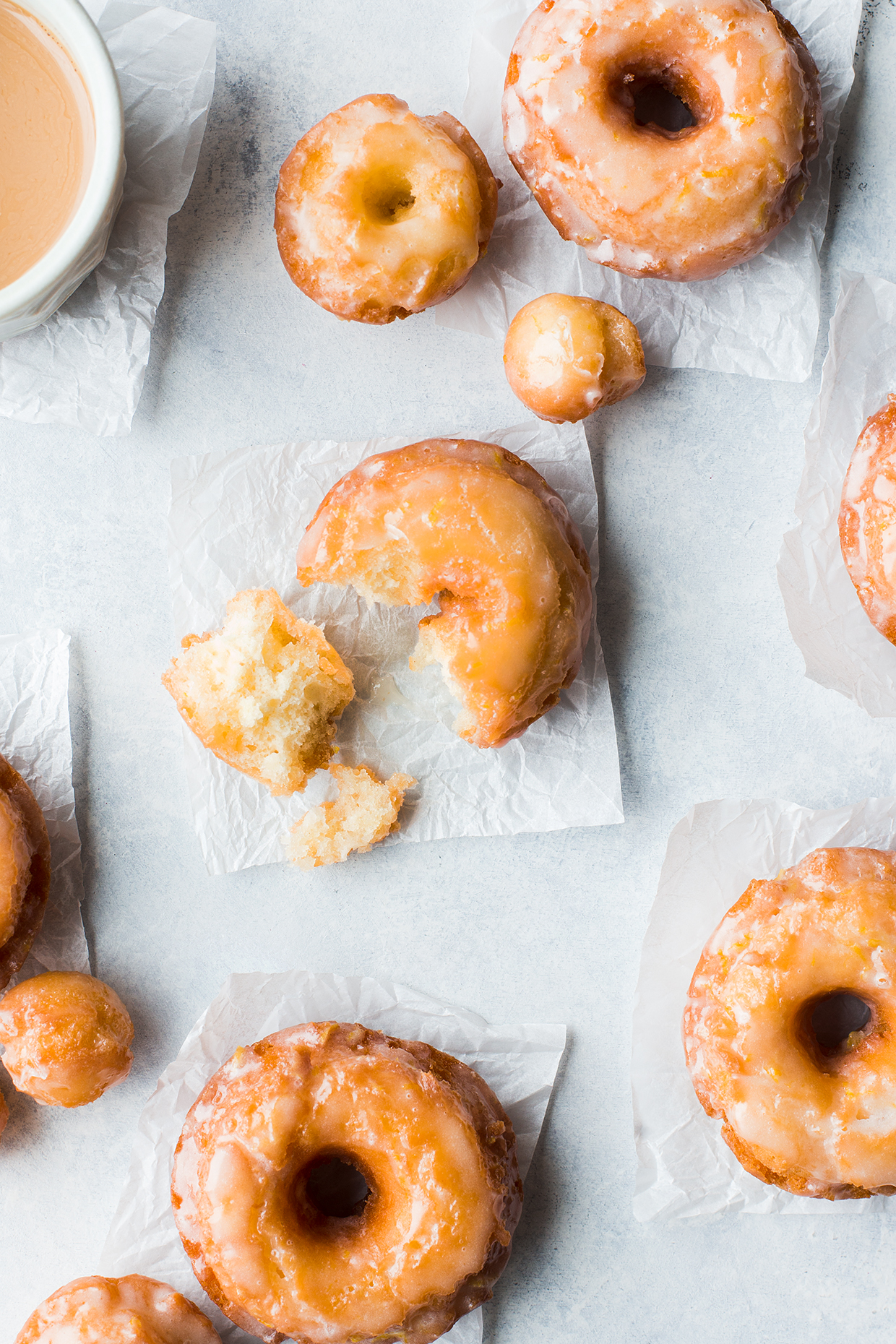 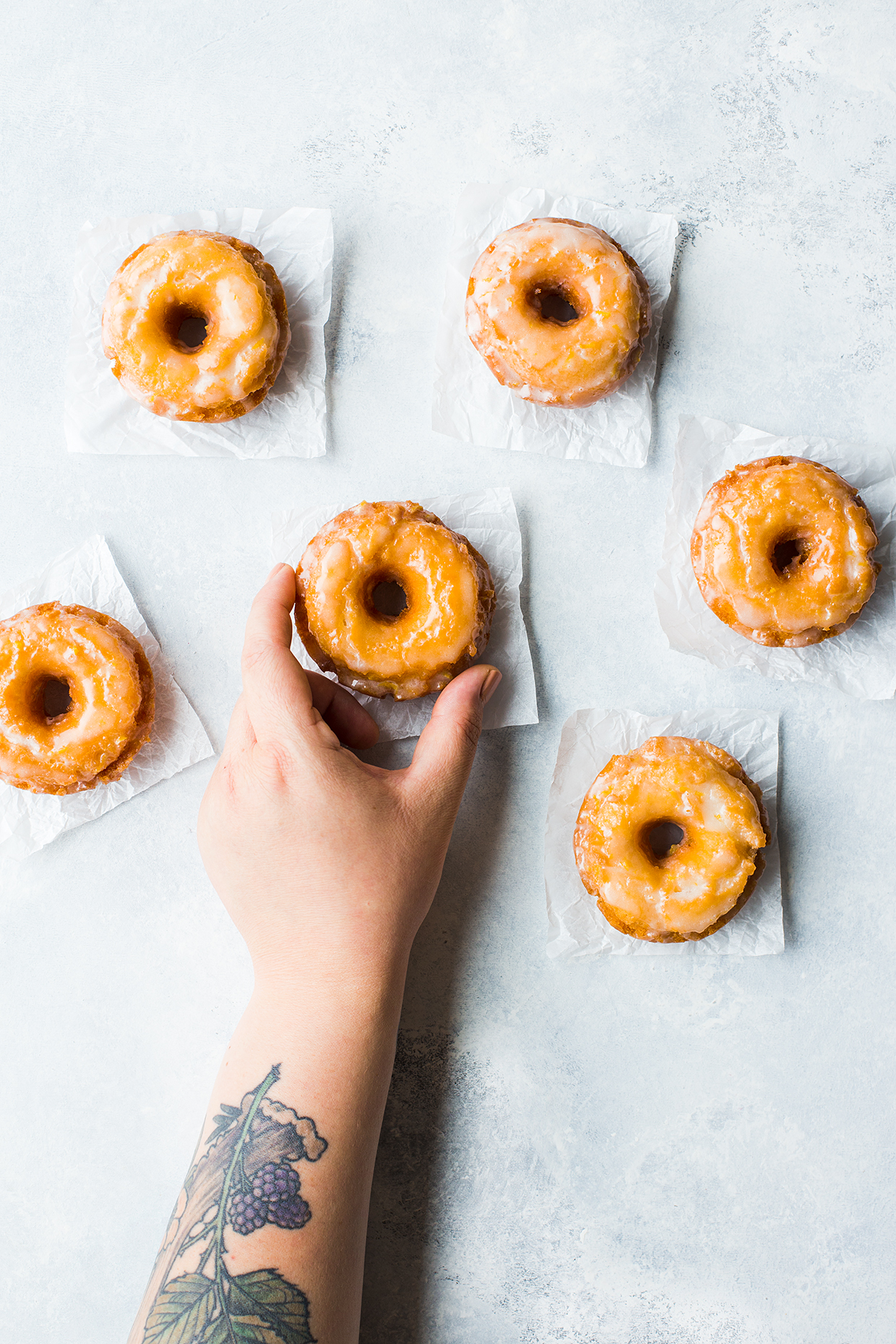