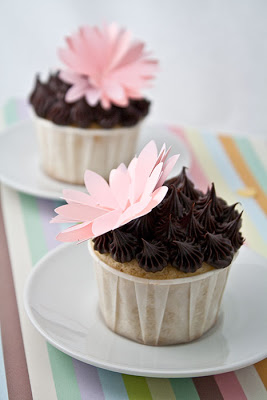 my friend and i made these to celebrate/entice his new boyfriend. actually, i mostly made them, he mostly watched and kept me company, as my kitchen is spacious enough for one cook/baker. but, my point is: new boyfriend=big frackin’ deal, so cupcakes were a necessity. these are actually vanilla bean and cinnamon pound cakes with some chocolate frosting for good measure 😉 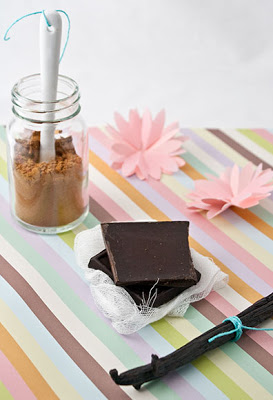 they were really tasty, but i think that the frosting may have been a bit much…i mean pound cake and frosting…really necessary? apparently so in this case. my friend told me the new bf loved them, “delicious” was the quote. i didn’t ask if he took all the credit, but i hope he did. 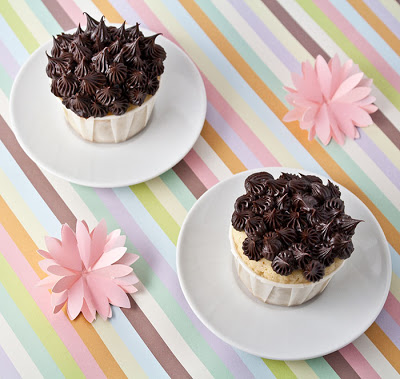 vanilla bean poundcakes
adapted from gourmet
i added a little cinnamon b/c i like cinnamon. you don’t have to…or you could rub some zest into the sugar for a citrus version (like the original version!)

mix sugar and cinnamon and rub vanilla bean guts into the sugar with your finger tips until fragrant. add sugar mixture and butter to the bowl of a stand mixer fitted with the paddle attachment and beat at high speed until pale and fluffy, about 5 minutes.

beat in eggs one at a time, scraping down sides as needed, then beat in milk. at low speed, mix in flour until just combined, or fold in with a spatula. spread batter into pan and rap against counter to eliminate bubbles, or fill muffin cups about 1/2 full. for cupcakes bake for 25-30 minutes or until tester comes out clean. for loaf, bake for 1-1 1/4 hours. allow to cool completely before frosting.

chocolate sour cream frosting
from sky high
i love this frosting, it is yummy. the book recommends that you use while warm, but i find that difficult, so i let it chill to room temp (at least) before piping.

melt chocolate, butter and corn syrup in a heatproof bowl set over a pan of simmering water. remove from heat and whisk until smooth.

whisk in half and half and sour cream. use while soft, but not too.