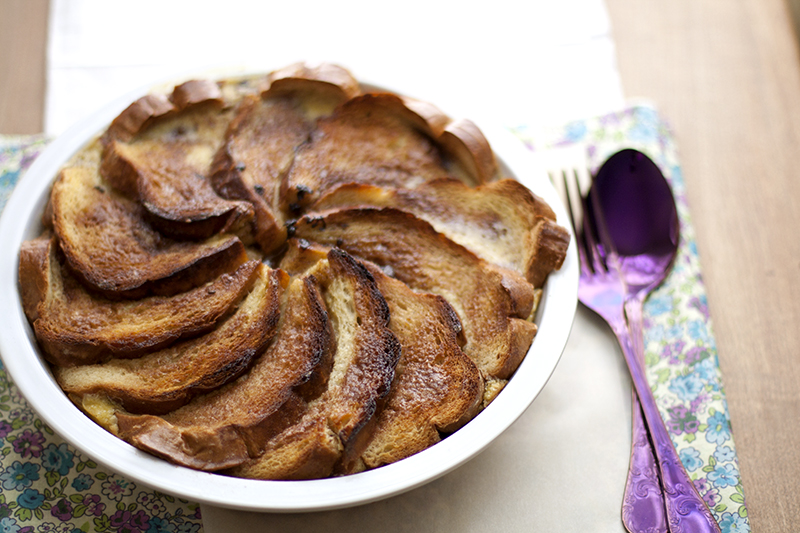 At it’s most decadent, bread pudding could contain any number of additions–nuts, chocolate, fruit, spices–and could be enriched even further with cream and butter. It has a revered place in the recipe repertoire of so many grandmothers, and always seems to be welcomed with great anticipation and eager appetites. Which is really no surprise, as bread pudding is nostaligic, homespun, resourceful, and–for some–the epitome of comfort.

Confession. Before I started baking, I hated bread pudding. I thought it was too eggy and too raisin-y. I just didn’t believe. It wasn’t until I started making bread pudding, 3 days a week, at a bakery I was working at that I realized…bread pudding is kind of like french toast. 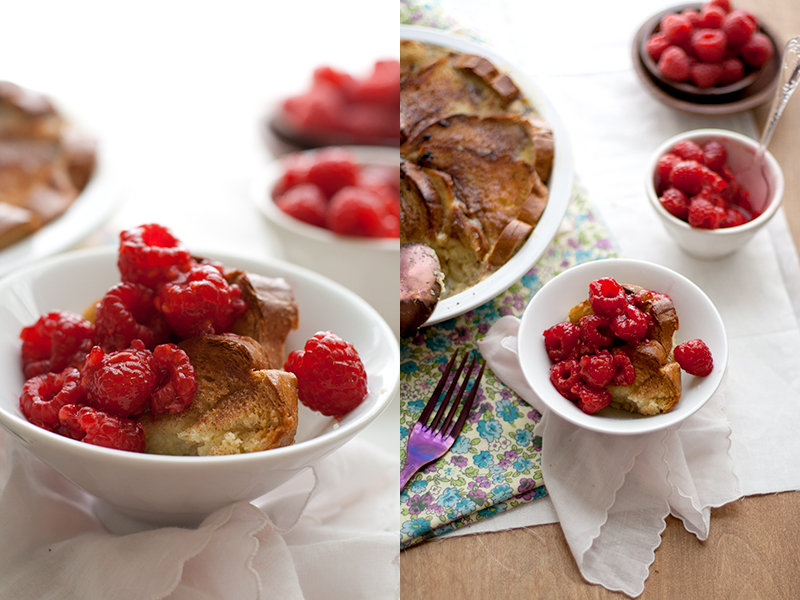 With that idea rolling around in my head I decided that I would make a cinnamon-toast version. Let me just say, it was a really good decision. The top of the pudding gets this crunchy, oven baked crust that just cannot be replicated on the stovetop. It’s cinnamon-sugar ultra-toast…the crunchy goodness of my dreams. The interior is soft and pillowy from the silky custard soaked bread…if I could I would take a nap in it. It smells and tastes like fancy breakfast. The kind of thing you might find at a holiday brunch all warm and burnished from the oven. It reheats like a gem and does not suffer from a drizzle of maple syrup or even a splash of heavy cream. People, I have been converted.

The good folks at CSN contacted me and asked if I’d like to host a giveaway with them. Since I love you guys and I love to give you stuff, I said yes!

The prize is a one-time use gift code for $45 that can be used toward a purchase of your choice on any of their 220+ websites. If you check out their websites, they pretty much sell it all from cookware to recessed lighting, so you will definitely be able to find something worthwhile!

I hate to say it, but this giveaway is only open to readers in the US and Canada. Bummer.

You can enter once by telling me what your favorite weekend breakfast is in the comment section below. 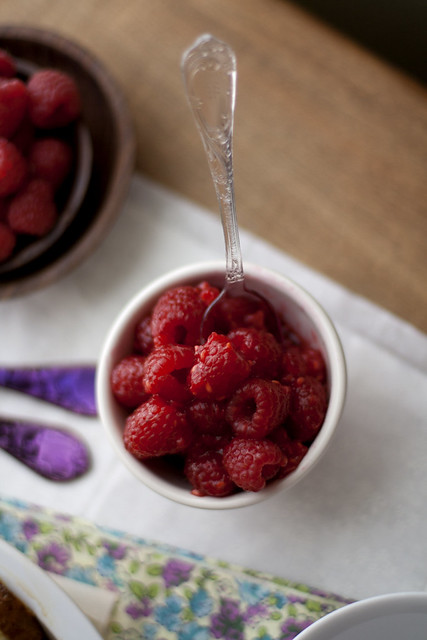 In a small bowl combine 2 tablespoons of the sugar with the cinnamon. Spread soft butter, evenly, over 8 slices of bread. Sprinkle with cinnamon-sugar and slice bread in half (I used a bread from a round loaf, if using sandwich bread slice in half diagonally). Arrange slices in a spiral pattern, overlapping as needed in a 9-inch round pie plate.

In a medium bowl whisk together eggs, milk, cream, remaining sugar, bourbon, and vanilla. Whisk well to combine. Pour custard over arranged bread slices and press down ever-so-gently to absorb. Cover and place in the refrigerator to soak for at least 1 hour, up to overnight.

Remove pudding from refrigerator and preheat oven to 400F. Bake in oven until puffed, golden, and custard is no longer runny. Serve baked pudding warm with berries, syrup, or cream.