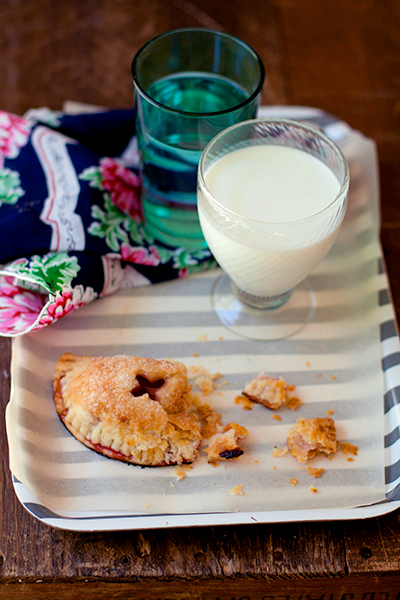 Through the magics of Twitter, a few bloggers decided we all need not fear pie, that we should all make pies and collectively post them on the internets on July 5th.

Honestly, I L-O-V-E pie. Especially in the summer with all the juicy, fruity, bounty that is available.

I made some hand pies because I love the individual portions and the fact that you can freeze half of the batch for emergency pie needs.

Sometimes a girl has a pie emergency and nothing but a homemade pie will do. Fact.

I like an all butter crust, but I’m certain I’d be okay with a mixture of butter + shortening, or even lard. Some people swear by lard pie crusts and I don’t doubt that they’re probably on to something. It should be said that I almost NEVER feel like my crust is perfect, but in the end it’s always delicious. I have never made an inedible pie crust. Honest. They may come out a little dry, too wet, crumbly, a little overworked, but never inedible. I think you’d be hard pressed to make one that was a complete and utter disaster. 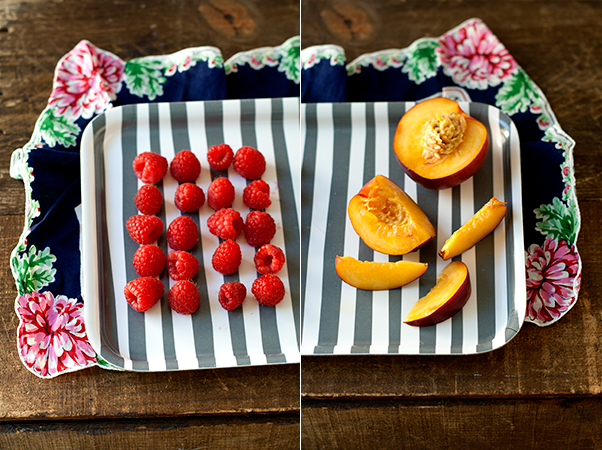 What I am trying to say is that perfect is overrated and you should just get over any pie-fear you may have and make one.

The effort is well worth the reward. 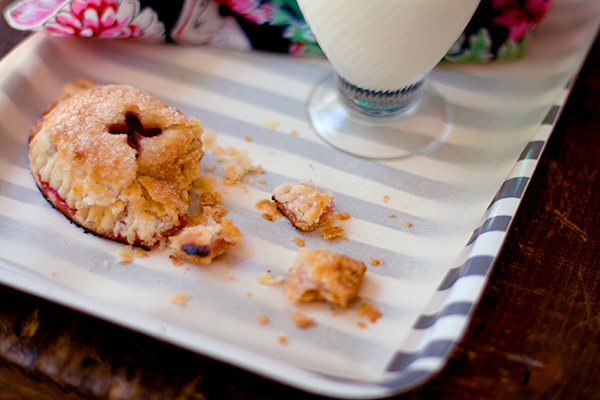 Using your food processor, clean fingers, or a pastry blender, cut butter into dry ingredients in a large mixing bowl (if you aren’t using a processor), until the mixture resembles a coarse meal. Begin to add icy water  a few tablespoons at a time just until a dough forms. Divide the dough in half, pat out into a disc and cover well with plastic wrap. Chill in the refrigerator for at least 1 hour. Remove from refrigerator about 15 minutes before rolling out.

Toss together fruit, sugar, and thickener to coat in a medium bowl. Set aside.

In a small bowl whisk together egg and milk. This will be your egg wash for sealing the pies and brushing the tops.

Roll out your dough to about an 1/8 inch thick. Using a round cutter, cut circles of pie dough (or use a knife and make rectangle hand pies), spoon some of the filling into the center of the circle —don’t get too crazy, you still have to fold and crimp here–brush some egg wash around one half of the dough to seal, crimp with the tines of a fork. Repeat with remaining dough/filling. Brush tops with remaining egg wash and sprinkle with sugar. Cut a fe vent into the top of each pie. Place pies on a baking sheet and chill in the refrigerator for about 30 minutes while your oven preheats.

In a 375F oven bake pies for about 30 minutes, until golden and juices are bubbling. You may have some leakage from the vent or even the sealed edges. This is okay, it will still be DELICIOUS. Allow pies to cool at least 10 minutes so the bubbling, molten juices don’t burn you and your friends. Devour.