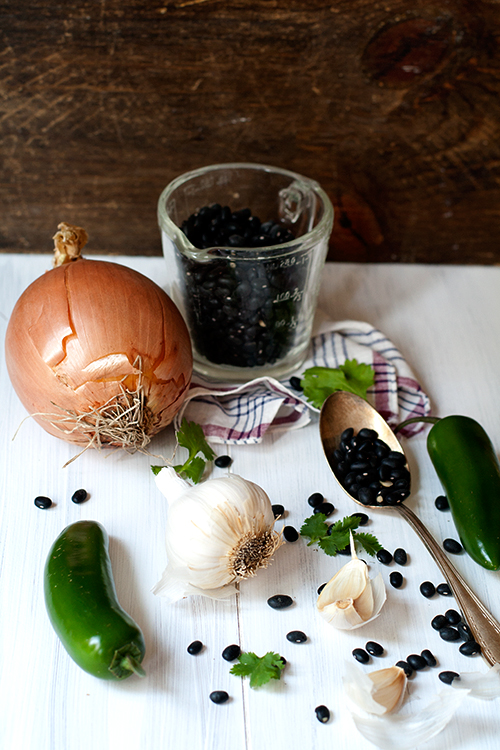 Are you a dried bean evangelist?

I usually just go the canned route. I don’t usually think that far ahead.

This week though, I totally did. I was at the store doing some grocery shopping and decided to go for the dried beans.

I was just feeling ambitious is all, and guess what?

It really wasn’t all that technical. 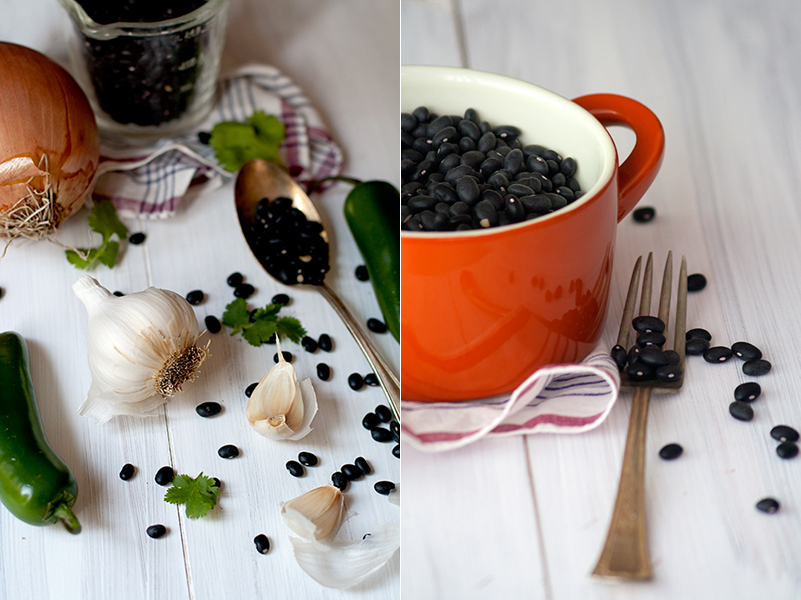 Plus, those dried black beans were so tiny and dainty…I couldn’t resist!

I mean, soak some beans in cold water over night and throw ’em in a pan with some other tasty goods, simmer, and done.

After the soaking those beans were a little more plump, shiny, and oh-so-pretty. 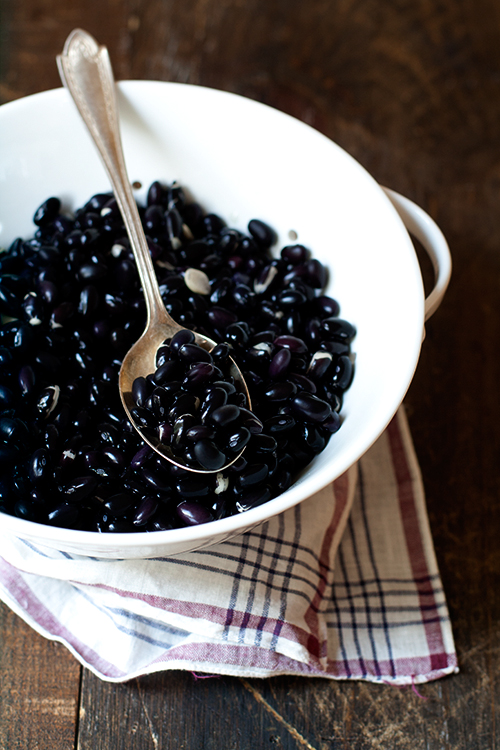 There’s really not a lot of hands-on happening here, just time and a little bit of forethought.

Lots of people I’m sure, but not me.

Now, I do though, and I feel all fancy-pants about it.

So, put on your fancy-pants one of these days and try it out.

Water, beans, salt, garlic, onion, a little cilantro, and jalapeno turn into a delicious, bean studded elixer and you’ll wonder why you never attempted this whole dried bean thing before.

You won’t regret it, I promise! ‘Cause when those humble, dried beans are bubbling away you’ll know some kind of magic is happening in that pot. 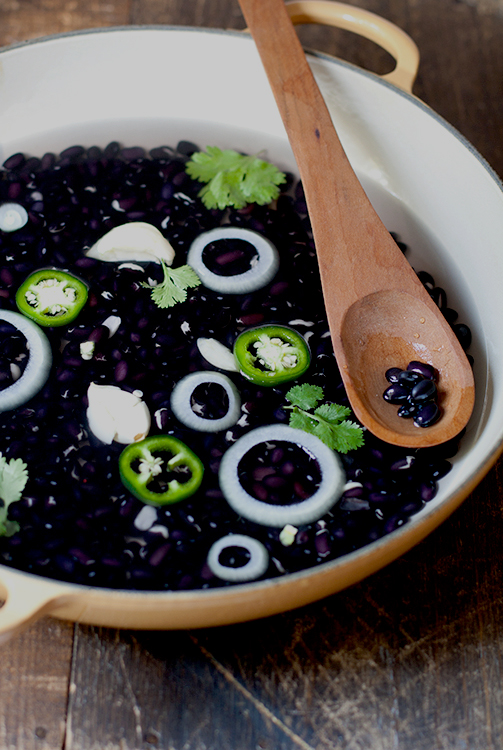 So, this isn’t really a recipe, just a basic method on how to cook up some dried black beans.

You could really do this with any dried bean, in whatever quantity you want. You can also make this even simpler and cut down on the extra ingredients–like, if you happen to be adverse to cilantro or spicy things, you can just skip out on those. You could even add different herbs and dried spices (oregano! cumin!). You could even use stock, but I think water works just fine…those beans have their own flavor. Do what you want.

Place 1 cup of black beans in a large bowl and cover with water. Make sure there are at least 2 inches of water over your beans as they will absorb a lot of it.

a few sprigs of fresh cilantro

a big pinch of salt, to taste

At this point you can either drain your beans of the soaking liquid (I did) or use it to cook with.

In a medium sauce pot or in a deep, covered pan (I used an enameled, cast-iron braiser) place beans, olive oil, jalapeno, onion, garlic, and cilantro into your pan. Cover completely with water and bring to a boil over high heat. Reduce heat to a simmer and cook for 30 minutes. At this point, add your salt. Cook an additional 30 minutes to 2+ hours. My beans were tender after about 1 1/2 hours, but it really depends on how old your dried beans are. Start checking the beans for doneness after about 1 hour.

I implore you not to pour off the cooking liquid. It is an elixer of the bean gods. The bean liquid is SO, SO delicious. I left mine in the pan and mashed the beans with the liquid…liked refried beans without the refrying! You could also leave the beans whole, bathed in the cooking liquid…it has a TON of flavor, so don’t waste it!