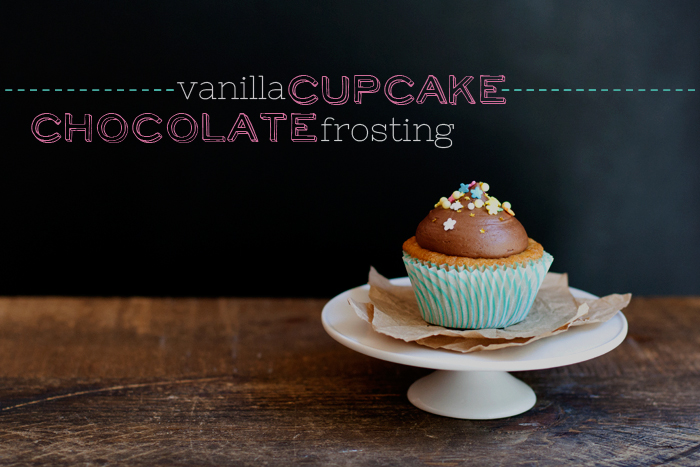 Oh, man, has so much changed!

In the past 10 years I went to and gradated from college, met Sean and MARRIED him, learned how to bake, became a blogger, became a dog-mom, became an aunt, held a few very different jobs, lived in various dorms/apartments/houses/seedy-abodes, moved to Michigan from Nevada, and, throughout, I was mistaken, right, prideful, and humbled. There was excitement and fear, loss and new life, goodbyes and a lot of celebrations. 18-year-old me and 28-year-old me are different in so many ways! Life is both what I wanted it to be and different too, and I am super thankful for that. I mostly just feel gratitude that I’m a bit older and wiser, that I’m no longer 18, so insecure, and weirded out by life. 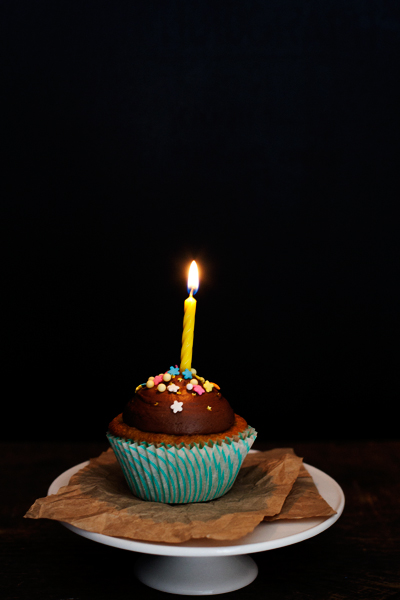 With all these years under my belt, I’ve learned that homemade cakes/cupcakes are what most people secretly want for their birthdays. Sometimes though, when your the only baker in your gang of peeps, you have to make your own birthday treats. It’s all good though, since as the designated baker of your gang, you’re probably used to it. The advantage is that you can make ANY treat you’d like for your birthday. The disadvantage…there are so many choices, it can get a little overwhelming. That’s what happened to me this year, I was overwhelmed by all of my options! So, when this sort of thing happens, I usually revert to a classic. Nothing says classic birthday like moist, vanilla-scented yellow cake, chocolate frosting, and a flurry of sprinkles. 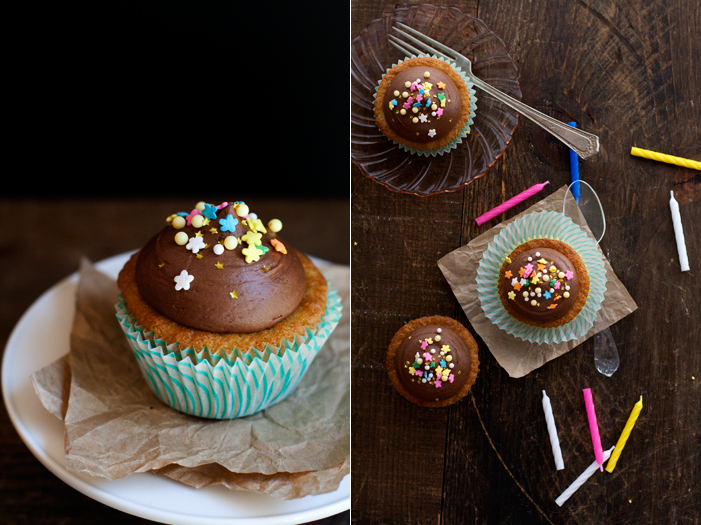 This recipe bakes exactly 12 cupcakes. I almost never have a need for more than a dozen cupcakes, so this recipe was perfect! The frosting is super easy to whip up and makes just enough to ice all of the cupcakes. The sprinkles are just a mix of things I had on hand…you can use whatever you want or do without.

adapted from Joy the Baker

In the bowl of a mixer, or a large bowl with a hand held mixer, combine flour, sugar, baking powder, baking soda, salt, and butter. Beat ingredients together on low until a sandy consistency is achieved. Mix in half of the buttermilk until just incorporated.

Whisk together remaining buttermilk with egg and vanilla to combine well. Add to the flour mixture and beat just to combine, scraping the bowl as needed. Do not overmix.

Divide the batter among 12 paper lined muffin tins. Bake for about 20 minutes, until lightly golden and a toothpick inserted in the center of the cakes comes out clean. Cool completely on wire racks before frosting.

adapted from Honey and Jam

4-8 Tablespoons half and half

Fashion a double boiler and melt chocolate. Set aside until cooled completely.

In the bowl of a mixer beat butter until creamy. Add melted, cooled chocolate and mix to combine. Add salt, sugar, cocoa, and vanilla. Beat to combine and add half and half 1 Tablespoon at a time until desired consistency is reached.