I know that I just lamented about pumpkin, but, truth be told…I’m not even close to being over it yet.

I’ve been eyeing this recipe for Chocolate Swirl Buns since I saw them on Smitten Kitchen over the summer, but I wanted to wait until the air was crisp and the leaves were fallen before I delved into it. There’s just something about baking with yeast when the cooler months start rolling in, that I cannot resist…I can’t resist pumpkin right now either…surprise! 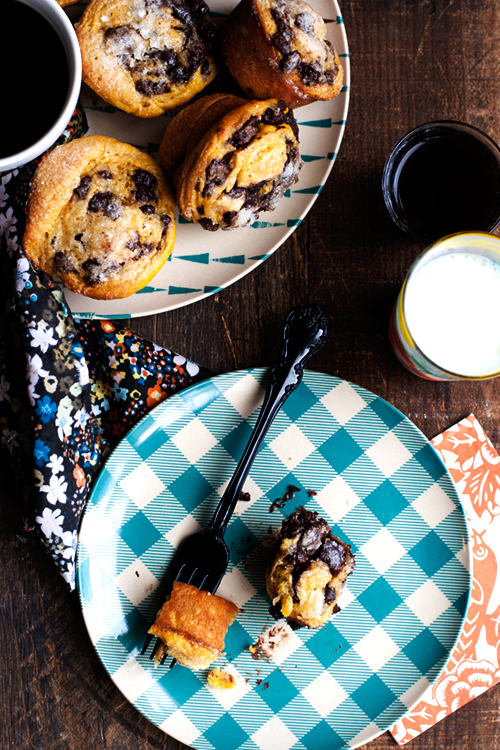 So, given my love of fall-time baking AND pumpkin AND chocolate, these buns were a no-brainer-mega-hit. I had 3, THREE, the day I made them. My husband had a few himself, and the rest got sent to his office and out of the danger zone–aka, my face. The dough is super-soft and tender, lightly flavored with pumpkin and cinnamon, and slightly sweet. The spiced chocolate filling is the best thing when still warm–gooey, melty, and just spiced. The egg wash and sugar crust make for the best crisp-crunch on the tops of the buns. I love the way the buns unravel, allowing you to eat layer-after-layer of perfectly tender, yeasted dough, with bits of crunchy sugar topping, and rich, gooey pockets of chocolate. Though these buns may be nice for an ultra-decadent weekend brunch, they would be perfect along side an afternoon pick-me-up, as well. 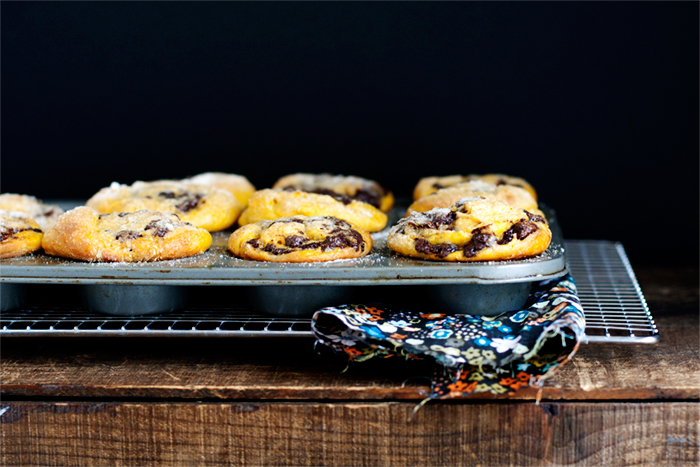 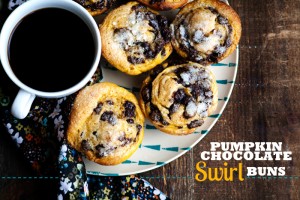 The chocolate swirl in these buns really makes the orange dough pop and makes a delicious pairing with the pumpkin and spice!
Author: Cindy
Serves: 12 buns
Ingredients
Instructions
Notes
Adapted from Smitten Kitchen
This recipe calls for a bit more liquid and flour than the original and yield buns that are a little larger. I also switched the sugar in the dough and filling to brown, but regular granulated sugar would be perfectly fine. The dough is pretty soft, so work gently and flour the counter and rolling pin liberally to keep things from getting too sticky. Though these are best eaten soon after baking, you can pop leftover buns in the microwave for 10-15 seconds–mimicking that ‘just-baked’ warmth.
3.3.3077