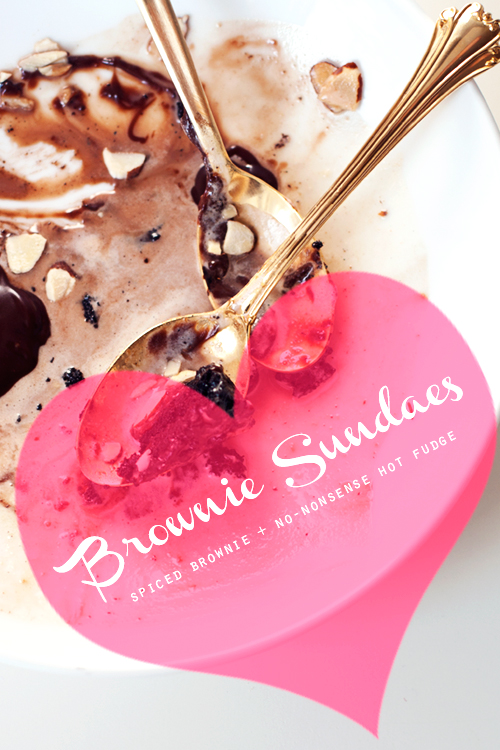 Guys, I know Valentine’s Day gets a bad rap for being too sweet, too commercial, too much…but! I’ve always been a believer in celebrating this day of love and appreciation, whether one is coupled or not. Before I met Sean, all of my Valentine’s were more of a Leslie Knope a la Galentine’s situation…which isn’t bad at all, if you ask me. I love my friends and my girlfriends are so very near and dear to my heart. Girlfriend’s are my spirit animal. It’s just the truth. 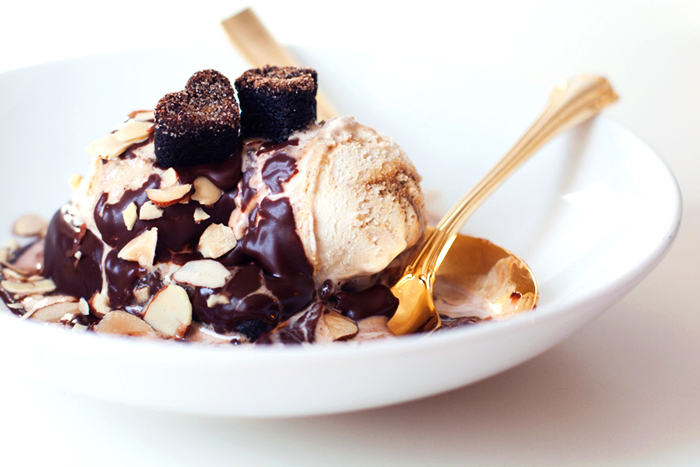 So, basically  what I’m saying is that even if you’d rather scrooge the day away, don’t do it alone. Or at least, don’t eat dessert alone. This brownie sundae was made for sharing, you can double up on the brownies and the ice cream and the fudge and just attack it with two spoons–as singles, as friends, as couples, whatevs! and whether it’s romantic or platonic, it’s the day to celebrate the loves of your life! Hugs and sundaes all around! 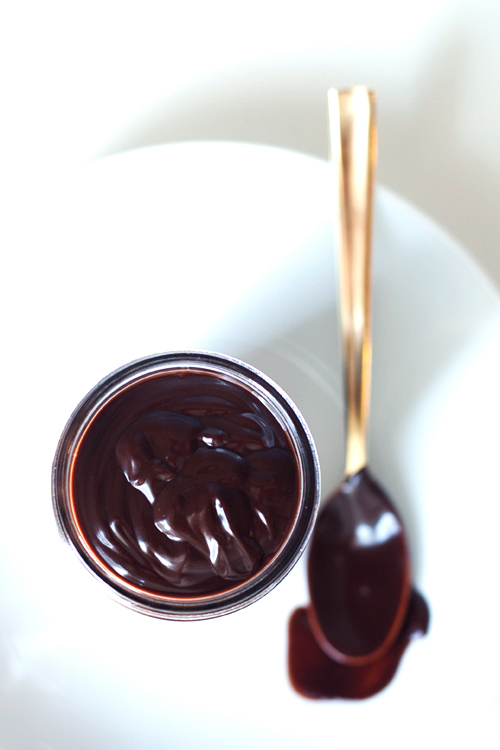 I cut the brownies out with heart cutters and mini heart cutters to up the festive/cute factor. This is a totally optional step, you can simply cut them into generous squares. These sundaes come together quickly using store-bought ice cream. You can use whatever brownie recipe you love, below I have my favorite. The fudge sauce really is no-nonsense, it comes together perfectly and swiftly in the microwave. The brownie and fudge recipe make enough for several sundaes.

No Nonsense Hot Fudge (recipe below)

If the brownies are room temperature or chilled, pop in the microwave in 10 second bursts until just warm. Place a brownie (or two) in the center of a bowl, spoon a bit of warm fudge over the top of the brownie. Dish out 2-3 scoops of ice cream, top with more hot fudge and almonds (if using). Serve with two spoons.

adapted from this recipe.

Preheat oven to 325*F. Line an 8×8 inch baking pan with parchment and grease well. Set aside.

In a saucepan over medium-low heat melt the butter. Stir in the sugar, cocoa, salt and vanilla, to moisten and combine well. Remove the pan from heat and allow to cool a few minutes–until no longer hot, but still warm to the touch. The mixture may appear grainy and a bit greasy.

Once the mixture has cooled to warm and the pan is no longer burning-hot, vigorously whisk in the eggs one at a time until completely incorporated–the mixture should be smooth and shiny. Fold in the flour, fold about 40 times. Scrape the batter into the prepared pan.

recipe from Take a Megabite

In a large, heatproof measuring cup combine all of the ingredients. Using the microwave on high, microwave the mixture in 30 second bursts, stirring after each, until the mixture is melted, smooth, and mixed well–about 2 minutes total. Allow the fudge to set up a 1-3 minutes for the best consistency.