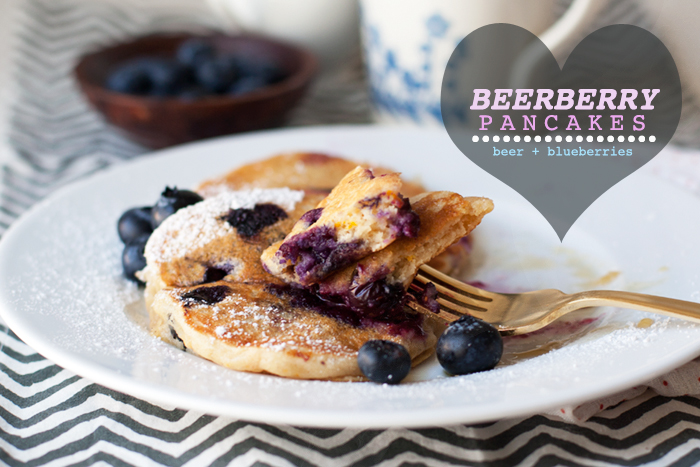 If you’ve been reading for a while, you may already know I have a thing for putting beer in my waffle batter. Not just because it’s a fun excuse to have booze in the AM (it IS fun, though…), but because the effervescence of the beer gives the batter lift and a yeasty-malted flavor that I find irresistible and the perfect foil for copious amounts of maple syrup. 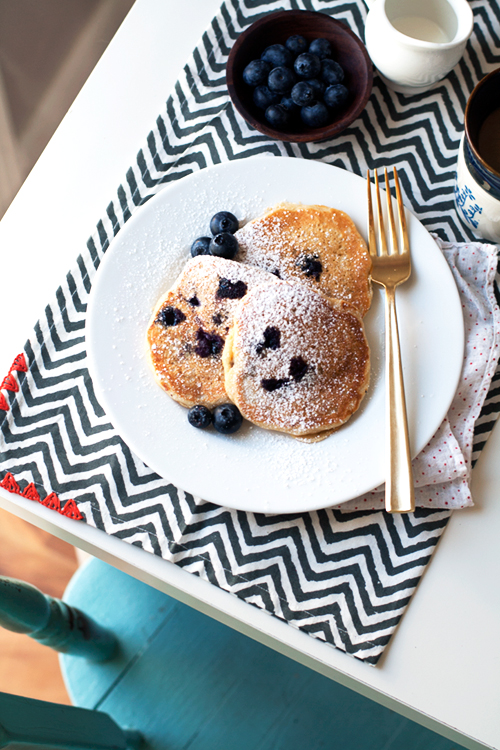 The resounding reason why these pancakes are not waffles is because sometimes I just don’t want to dig my waffle maker out of the recesses of the cabinet. That’s just true life and laziness at it’s finest…thus, the pancake. These pancakes take the griddle-standard blueberry and pairs it with zesty orange and yeasty beer. While the beer and baking powder give these pancakes their lift, the buttermilk brings tenderness, and coconut oil adds a bit of richness, while a teensy bit of cinnamon brings a little interest to the background. Blueberries and citrus are already friends, adding an orange-friendly beer to the mix just makes it a party. 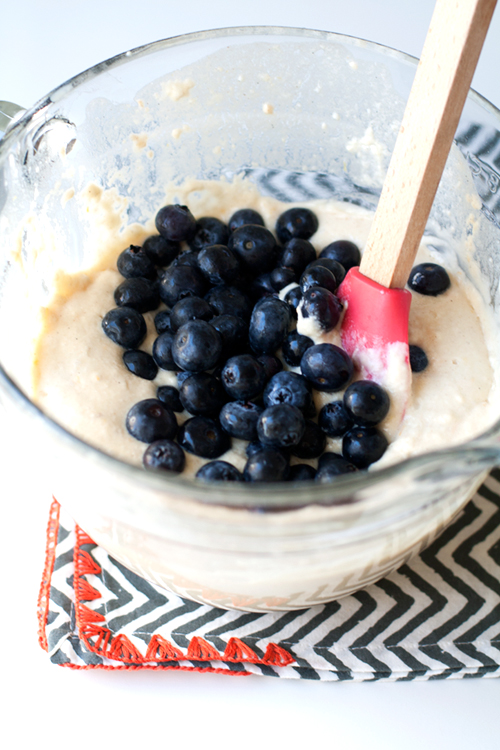 Adapted from THIS recipe.

I added a dash of Cook’s orange extract and vanilla paste* for a creamy-sweet-citrus note–both are totally optional, but fun additions.

Preheat oven to 200˚F and set an oven safe dish inside.

In a mixing bowl whisk together the flour, sugar, salt, baking powder, and cinnamon. Set aside. In a large measuring cup combine the buttermilk, egg, zest, and extracts, whisk to combine well, whisk in the beer. Make a well in the center of the flour mixture and pour in the beer/buttermilk mix, fold gently for a few turns and add the coconut oil. Continue to fold until just combined–some lumps and streaks of flour are okay, do not overmix. Gently fold in the blueberries.

In a non-stick pan or griddle over medium-high heat, ladle out as many pancakes as you will fit in the pan and cook until bubbles begin to appear around the edges and the surface of the pancakes and the bottoms are golden-brown, flip and continue to cook through. Place cooked pancakes on the dish in the preheated oven and repeat with the remaining batter. Serve with butter and syrup.

*Cook’s provided me with a complimentary sample of some of their extracts. Though the products were provided to me, free of charge, all opinions expressed are my own.