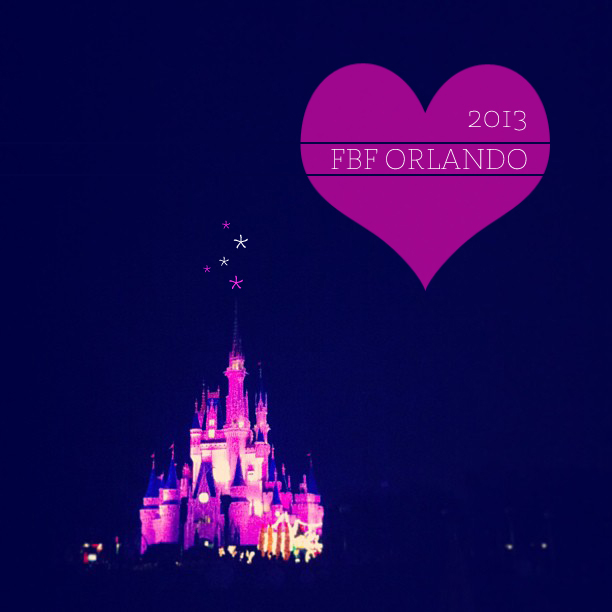 So, this last weekend I attended my first-ever food blogger’s conference in Orlando with my pal, Megan. The conference was organized by Food Blog Forum (special thanks to Lindsey and Julie, Love and Olive Oil + The Little Kitchen) and they all really did an amazing job! I can’t imagine the hours of work that must have gone in to planning such an event, but it really showed. It was fun…and hot…and informative…and hot. We boarded a plane in Detroit in the wee hours and touched down in Orlando just in time for lunch and plenty of poolside lounging before the welcome reception. 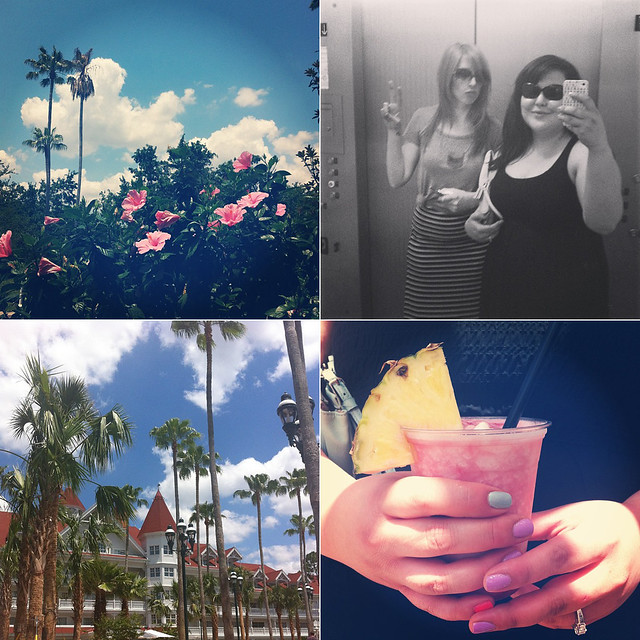 The grounds of the Grand Floridian were so beautiful and lush… and Megan tried to make friends with every tiny lizard she spotted. Those cute little dudes move fast! However, the staff uniforms were HORRID and we definitely felt for the employees — there really are few things less attractive than ankle length, baby pink, lace trimmed, petticoat-ed, maid’s uniforms. Also, there was a khaki coolot spotting in the Canada section of Epcot that we won’t delve too much into. I’m scarred. Hideous uniforms aside, we hit up the pool and pool bar immediately, followed by 3 trips in a row down the waterslide — cause we had to.

Then it was the welcome reception where we met our new homegirl, Erika of Southern Souffle. Erika offered us a ride to the closing brunch at Whole Foods weeks before the conference and we totally hit it off! It was cosmic. We mingled, sipped on wine and beers while tasting the tiny bites of food the Disney staff kindly prepared for us. After, we headed over to Epcot to find something to eat. In our hangry-crazed state, we ended up eating the most expensive spaghetti and meatballs ever, served by really nice waiters who said “prego” every 3 seconds, before slipping into a carb-induced-coma. Oh, and we also popped into the Mitsukoshi shop so I could buy my husband a Totoro plushie, and myself a pen and bag and penguin shaped dish sponge…1 for you, 3 for me! Treat yo’self! 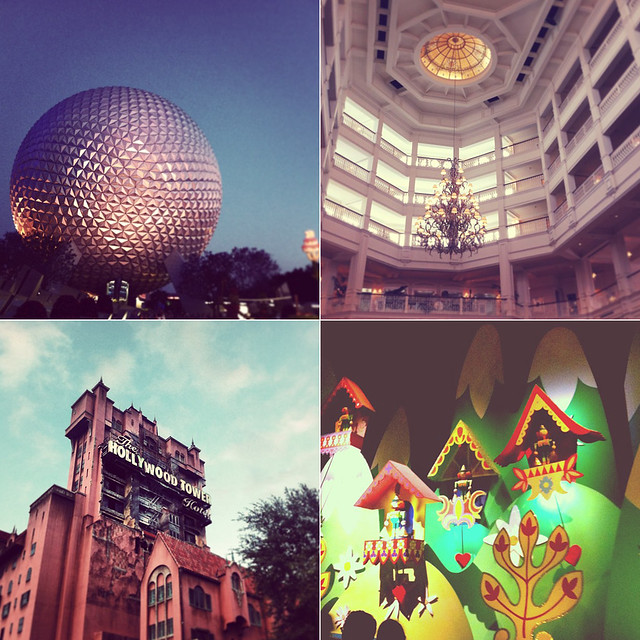 During the actual conference, I learned a ton and took 6 pages of notes! Only to leave them on the desk of our hotel room…sad trombone. After, we headed to the dessert reception held during the Fantasmic show, and then we hit up the Tower of Terror where we scream-laughed with Charles from Local Forkful. The photo was priceless with the angsty-teen-version of Megan and maybe my clutch totally knocked her in the dome when we hit the free fall. Hazards, man! Then we went to the Magic Kingdom in search of the infamous Dole Whip — which we found in Tinkerbell’s Nook, you better believe there was a LOT of innuendo/punning happening. Had to. We also took a whirl through the ever-weird and creepy It’s a Small World ride and my childhood favorite, The Haunted Mansion, before crashing out in our room at about 2am. 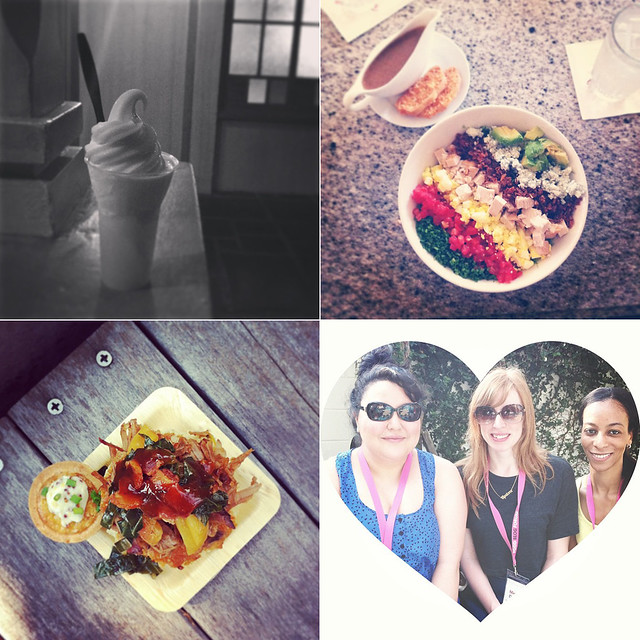 The next morning was the brunch, kindly hosted by Whole Foods. They did it up right with lots of different things to try, including a tower of pulled pork and greens on a round of cornbread followed by treats from a gelato truck. Class act. We finished the trip by eating a magnificent rainbow of a salad and hitting up the pool deck before flying home, exhausted and inspired. I really enjoyed the conference, geeked out about meeting Diane and Todd of White on Rice Couple, Elise of Simply Recipes, and Jaden Hair of Steamy Kitchen — who were all super nice, easy to talk to, and great about answering all of our questions. If you’re a blogger and you haven’t been to a conference yet, this one is great! I learned a lot and made a homegirl for life, which makes it totally worth it in my book! It’s small and intimate, AND next year it will be in Asheville, NC…I’m already making plans (ps, Billy, we’re looking at you boyfren).