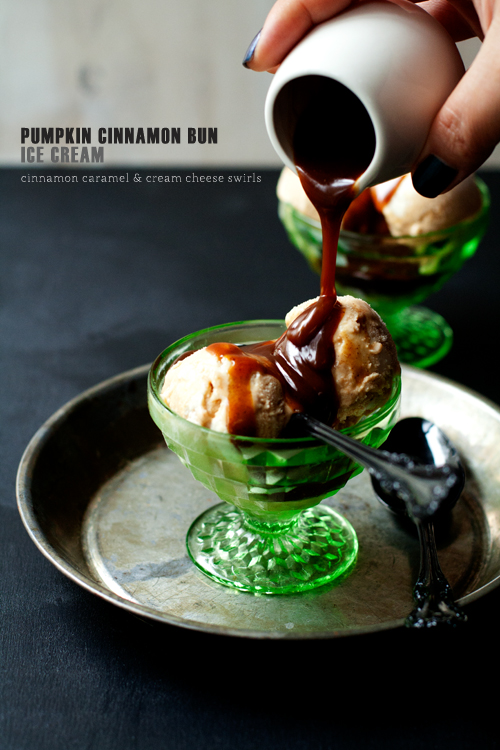 So, remember when I was having a dilemma about whether or not to keep adding text to my lead photo? Well, I’ve decided, with your feedback, to just do whatever the heck I wanna do. I think it will work out nicely and now I don’t have any more imaginary stress about it. So, THANKS. You are all the best…so, I made you ice cream! 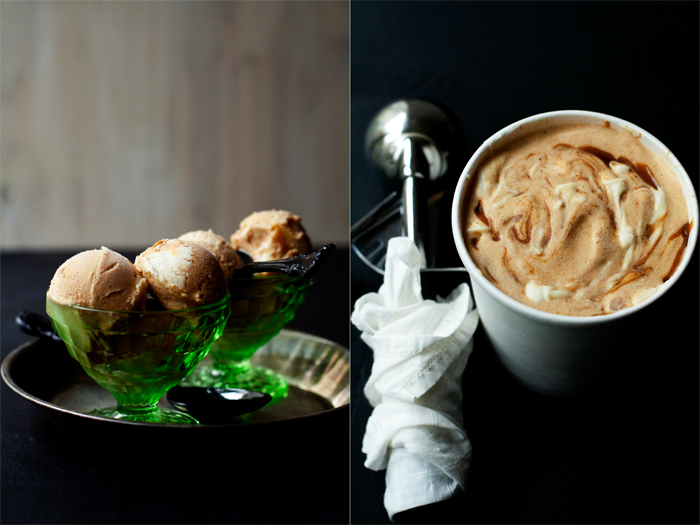 This ice cream is so dang good, you guys. I mean, it has all the flavors of a pumpkin cinnamon roll, including a gooey cinnamon caramel swirl AND a cream cheese icing swirl. I mean, we all know cream cheese icing never hurt a cinnamon bun, amiright? The ice cream is laced with pumpkin puree and a punch of spices making it taste like all the things we love about autumn, plus those swirls. The swirls aren’t totally necessary, but they really make this ice cream something else…plus they make for pretty scoops and I’m all about cute food.

And, can we talk about how it’s October and I’ve been wearing witchy colors on my nails EVERYDAY, that have apparently transferred into the styling here. I love that black flatware and have had it almost since the beginning of this blog–meaning it’s older than my 3-year-old niece.  I can’t always make it work the rest of the year…so just another reason to L-O-V-E fall. Okay, I’m done. Happy Friday, get yo’ pumpkin ice cream on! 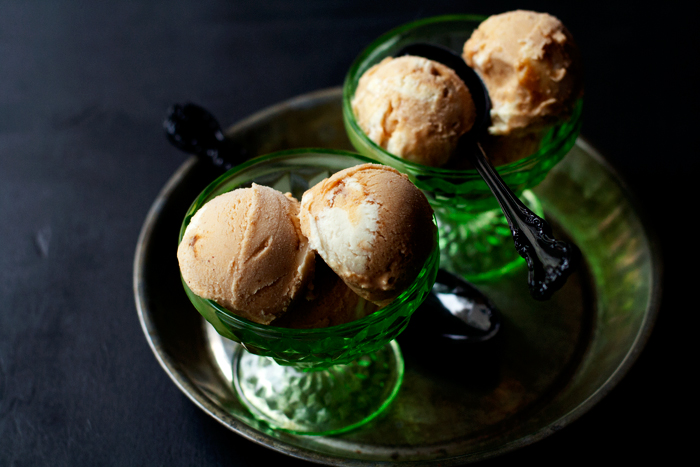 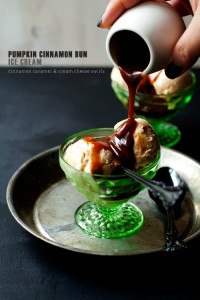 This pumpkin ice cream has all the flavors of a cinnamon bun–including the cream cheese frosting!
Author: Cindy
Ingredients
Instructions
Notes
Adapted from Jeni’s Splendid Ice Creams at Home
It is best to make the cinnamon caramel in advance so it can cool to room temperature before layering with the ice cream. You will probably have a little extra caramel, so just store it in a lidded jar in the refrigerator for 1 week…and pour it over this ice cream OR use it to dip apples into.
3.3.3077