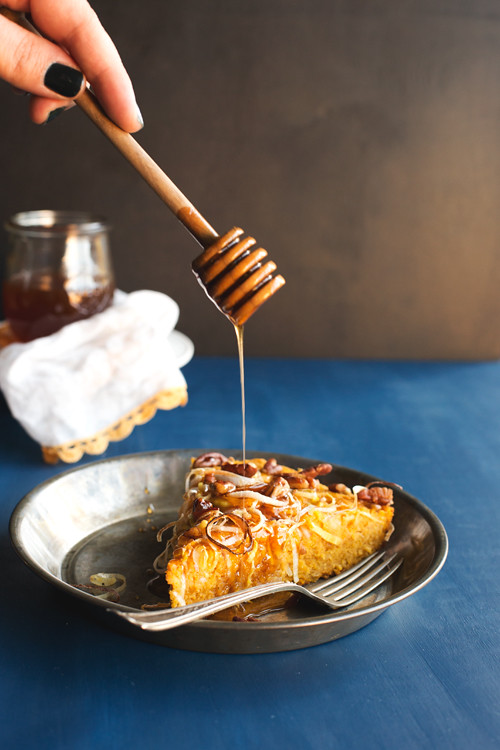 Guys, this is the prettiest cornbread I’ve ever made. I first saw it on Megan’s blog and thought it was such a stunnner back then, and I finally got around to making it. I’m so glad I did!

I decided to adapt this recipe to be baked in a cast iron skillet because the fine people of Finex (forged right here in Portland!) gifted me with one of their gorgeous skillets. I mean, look at that iron-beauty down there! I especially love that the cooking surface of the pan is smooth, instead of rough like most cast iron skillets, and the octagonal sides make for easy pouring. Anyway, it’s perfect for this recipe because we start  by browning butter–always a good idea–and the butter that coats the pan after pouring it out for the batter acts to make the surface even more non-stick. Plus, the pan stays hot, since we all know cast iron holds heat like a dream, creating a little sizzle when the batter hits the pan making for a nice golden-brown crust on this cornbread. Obviously, you can use any trusty cast iron skillet you have for this recipe and it will be just as delicious. 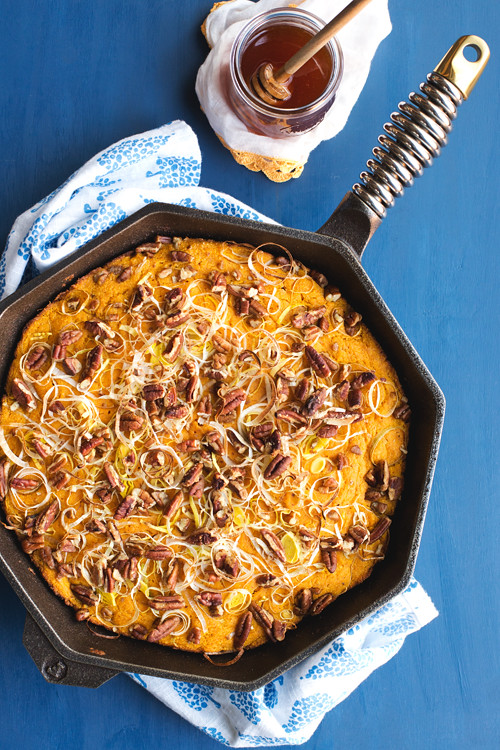 The pumpkin in the cornbread makes it so moist, with extra tenderness from the addition of buttermilk. In addition to the brown butter flavor punch, we have lots of leeks, sliced super thinly, throughout the batter and on top. Along with pecans for a sweet and nutty bite. The leeks on top get crisp and sweet and so perfect. I’m sort of obsessed with them (I’ve been using them as a pizza topping lately, too…so killer!). But, the thing that really makes this cornbread sing is the spicy honey drizzle. It’s a sweetly spiced, sticky counterpart to the earthy-sweet and savory cornbread…and it’s SO simple!! It’s just honey and tabasco. Done.

Anyway, I urge you to make this cornbread sooner than later. Don’t wait a whole dang year like I did. And, I have to say it, it’d be a great addition to a Thanksgiving spread. Hint, hint. 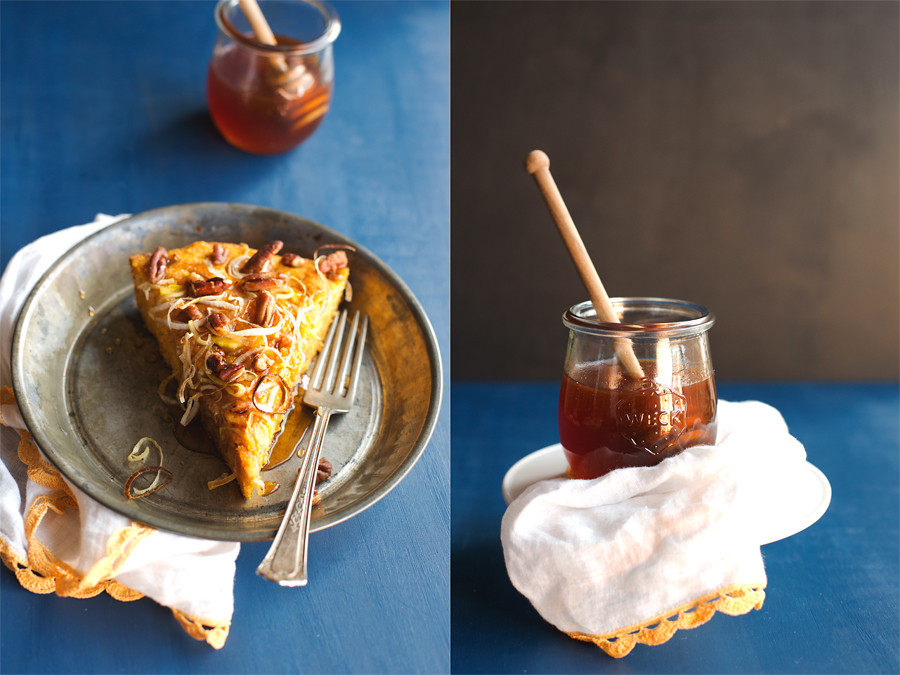 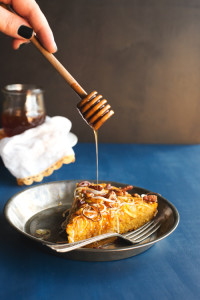 Leeks can be super gritty, so I like to clean them by slicing them and swishing around in a large bowl of cold water. Then I scoop them out and pat them dry on a clean tea towel.
Author: Cindy
Serves: 8-12 servings
Ingredients
Instructions
Notes
Adapted from Take A Megabite
3.4.3177