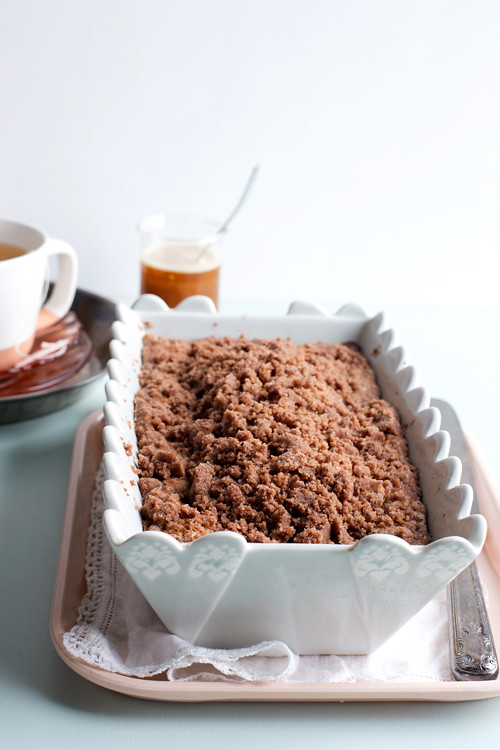 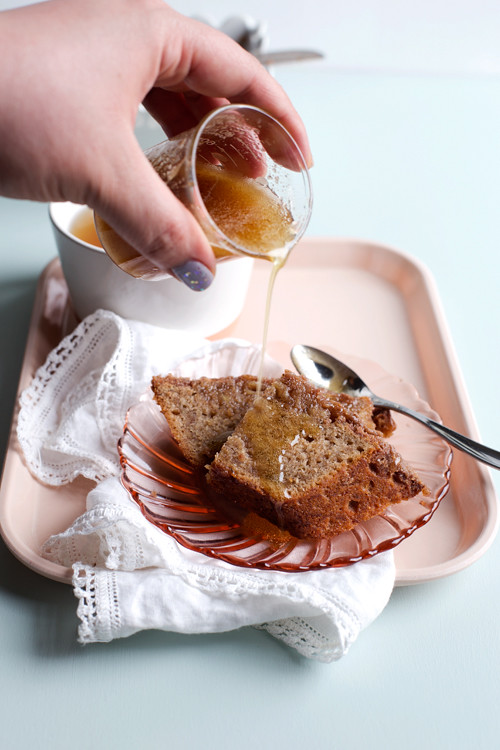 This version involves lots of cinnamon and everyone’s favorite darling–brown butter. It’s sweetly spiced with a crumbly topping and toffee-like notes from the browned butter. And, I went even further, I gilded the banana (that’s the saying, right?) and added a super simple brown butter + honey drizzle. It takes this bread over the top and makes it something extra special…I mean, what’s more special than a triple-brown-butter (streusel! batter! drizzle!) situation?

Preheat the oven to 350ºF and spray a 9×5 inch loaf pan with cooking spray.

Brown the butter for the topping and batter in a skillet by melting 1 stick of butter (8 tablespoons) over medium heat until the butter foams. As the foam subsides, continue heating, stirring occasionally until the milk solids become deep brown and the butter smells like toffee. Remove from the heat and scrape into a heatproof dish to cool.

In a small bowl stir together the topping ingredients, including 2 tablespoons of the browned butter.

In a bowl, mash the bananas and whisk in the remaining 6 tablespoons browned butter, sugar, egg, vanilla, greek yogurt, and milk. In a seperate bowl, whisk together the flour, baking powder, salt, and cinnamon. Add the banana mixture to the flour mixture and fold until just combined. Scrape the batter into the prepared pan and sprinkle evenly with the topping mixture. Bake in the center of the oven for about 1 hour or until a toothpick inserted in the center comes out clean. Cool for at least 15 minutes before serving.

This drizzle is totally optional, but pushes this bread over the top.