Alternate titles for this pie: Golden-Bourbon-Walnut-Pecan-Molasses-Pie or Double Nut Pie. The first seemed a little wordy, the second a lot awkward. I went with Bourbon Walnut Pecan Pie because it hits all the important points without getting weird. I know there are about 1.24 billion recipes for pecan pie on the internets, but I’m throwing this version into the mess because it’s basically the one that gets requested every year by my family. So, why not? 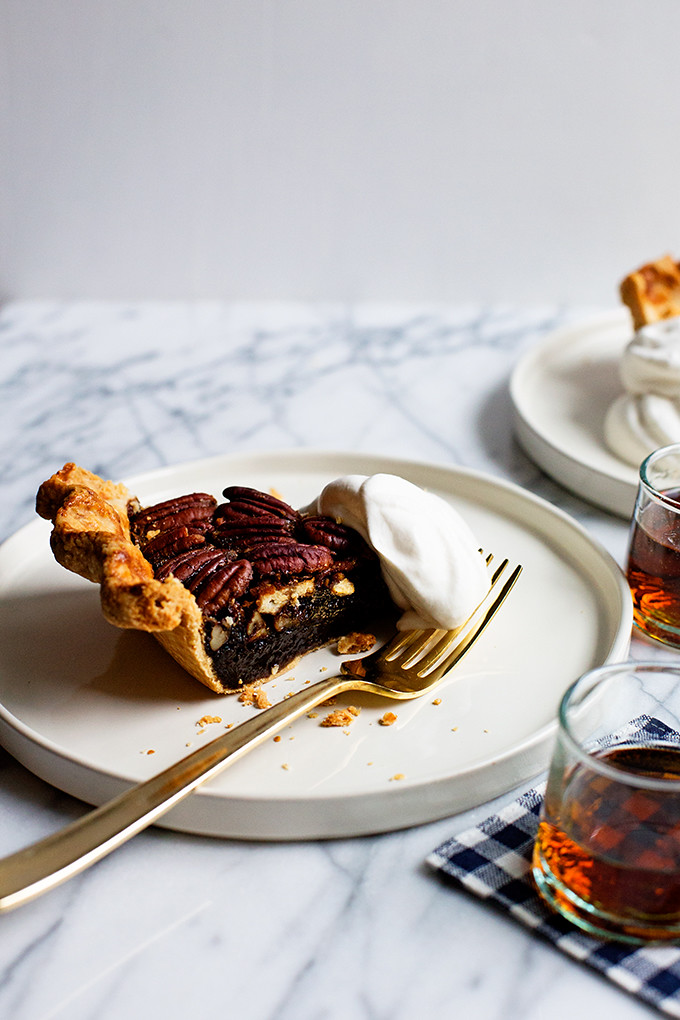 Usually, I don’t add walnuts to our Thanksgiving pecan pie. I won’t be next week because there are some purists in our bunch that just want the standard, and I’ve already messed with it a bit without getting caught (subbing corn syrup for a mixture of golden syrup and molasses) so I’m not going to push my luck. But for the pie pre-game I thought I’d make a version that mixed in some bitter walnuts to cut the sweetness–because if pecan pie is anything, it is sweet. The molasses also helps to dial down the sweetness, it lends another bitter note that works so well with the almost mineral flavor of the golden syrup. I’ve made this pie in the past with just golden syrup and it was knock-your-teeth-out sweet, which was actually appreciated by a few people, but I just thought it was too much. I actually don’t have anything against corn syrup except that it’s not all that flavorful, where golden syrup and molasses both have unique flavors. The whipped cream for this pie has a few dashes of black walnut bitters, which was a total revelation. I’m sure you could sub in aromatic bitters (or chocolate!) if that’s what you have, or forgo them all together. Oh, and there’s a bit of bourbon in the pie…because, bourbon. 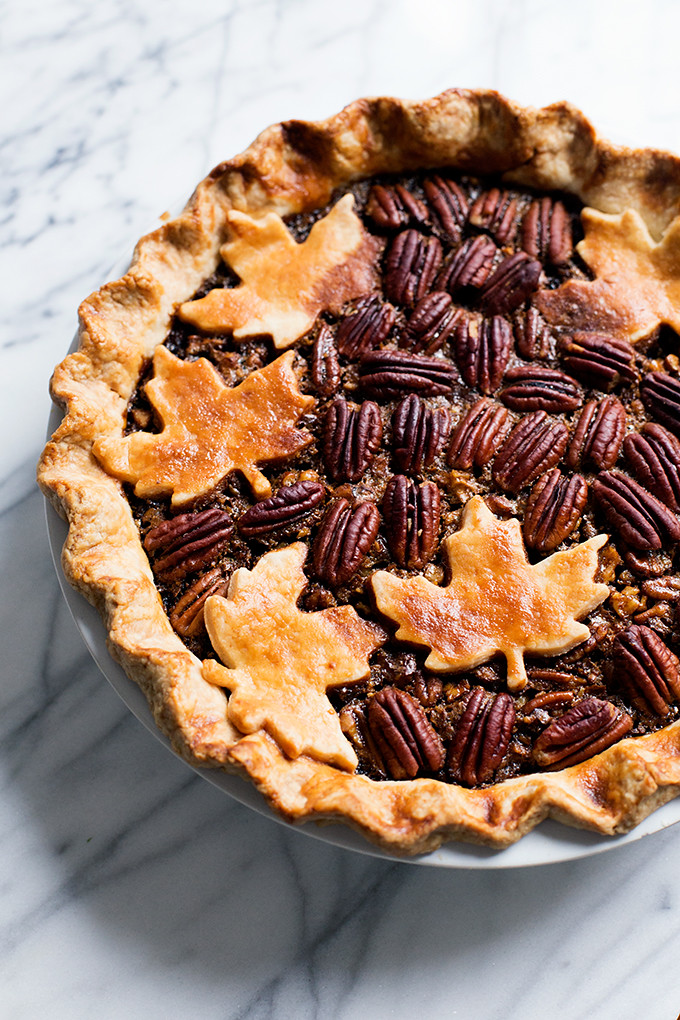 Golden Syrup is a cane sugar syrup that is golden in color. It can be found in some grocery stores, or online (of course).