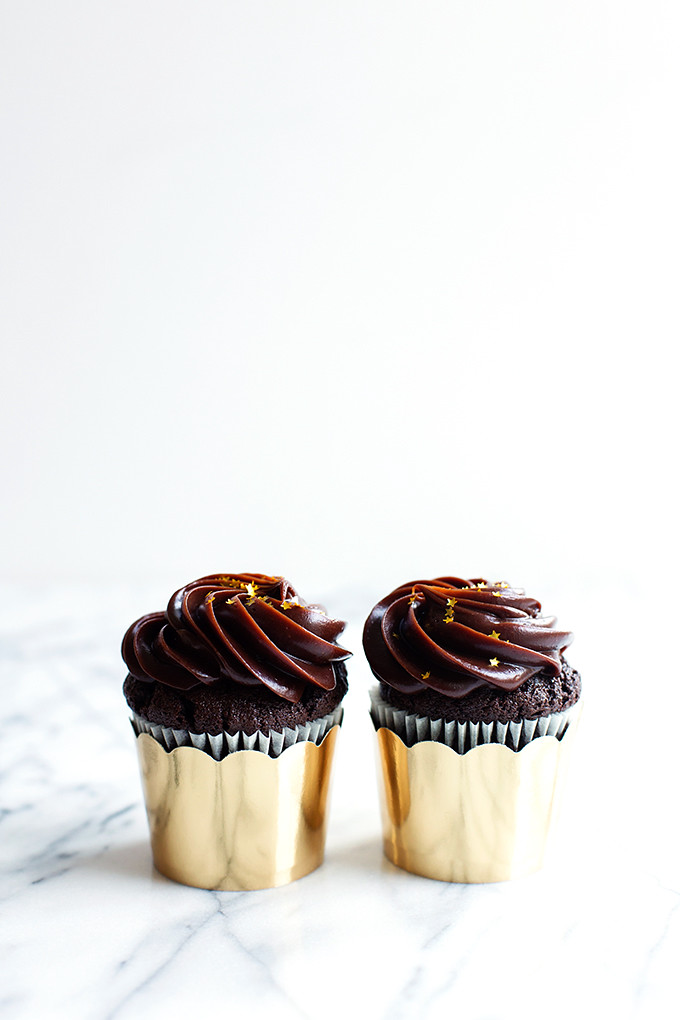 Happy New Year! These cupcakes are basically a torpedo for any cupcake-averse resolutions you maybe made. Sorry! But, really though, while I have resolved to continue with a personal wellness regimen I began several months ago (and have stuck with, WOO!) I have also resolved to make more cupcakes–and layer cakes, and bundts, and pretty much all cakes, for that matter. #balance

I figure if I’m going to make and consume something it better be worth it and these suckers are totally worth it. They’re deeply chocolatey but not too sweet, with a rich, fudgey frosting. Both the batter and the frosting include sour cream. It makes the cake tender and moist, and the ganache-like frosting a little bit tangy. Also, can you believe in nearly 8 years of blogging I have never made a chocolate cupcake with chocolate frosting? I’m pretty sure that means I’ve begun 2016 on the right foot. 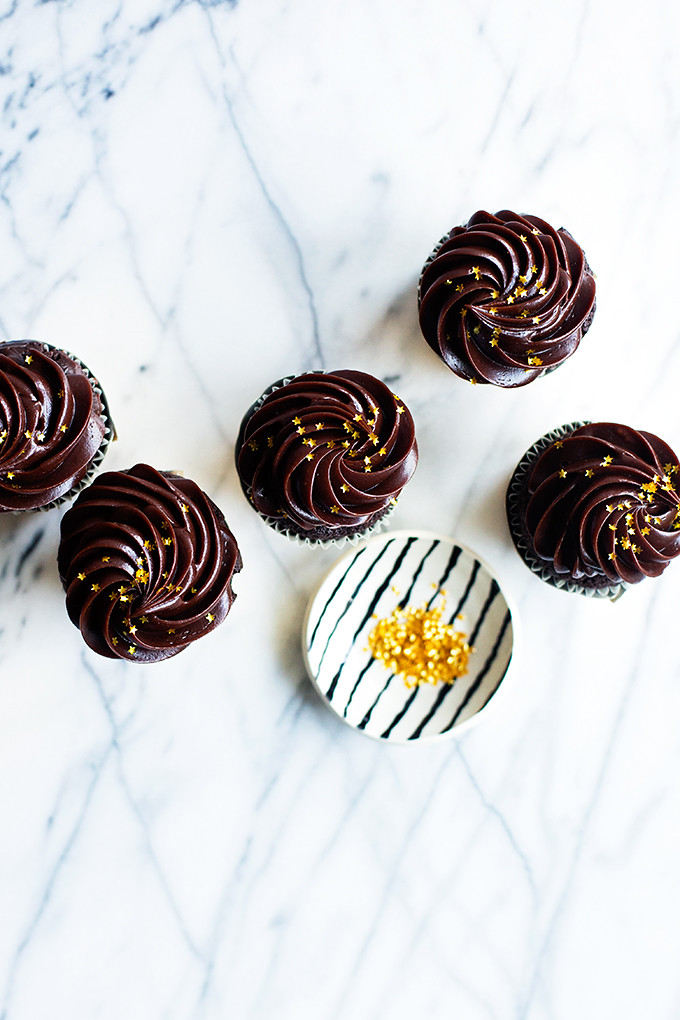 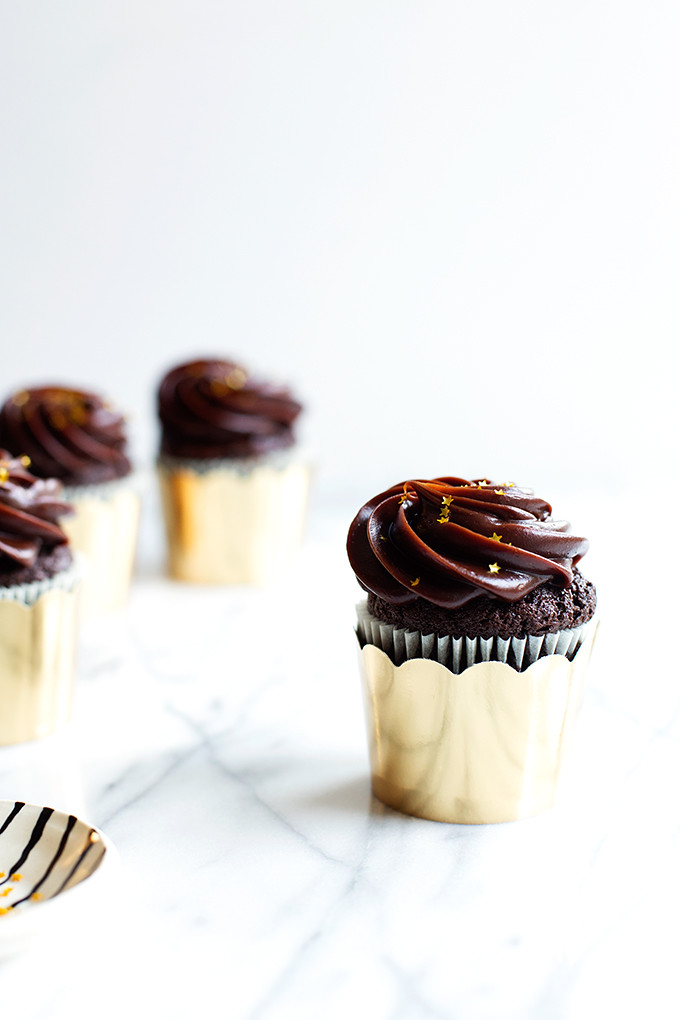