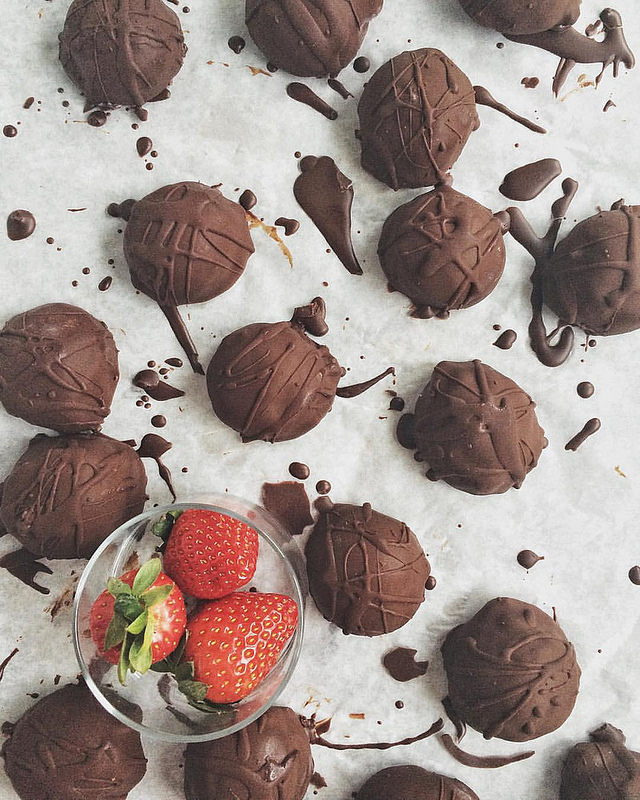 It’s been a while! The holidays kind of knocked it out of me, then I forgot, but no more excuses. I’d Eat That is back for 2016! So, I’m going to get right into it since everything I was going to say has left my brain (memory of a goldfish over here).

Baked Spaghetti with Meat Sauce–spaghetti with meat sauce was my absolute favorite meal as a child (I still love it)! This version has crispy cheese on top, so obviously it needs to happen asap.

Smashed Crispy Potatoes with Eggs and Lemon Vinaigrette–I agree with Nicole, so many places serve under-seasoned potatoes and I DO NOT GET IT. WHY?! Also, I love the idea of breakfast potatoes with a zippy dressing.

Chicken Pasta with Mustard Beer Pan Sauce–YES. I saw this and knew it had to happen in my life. Next week, ya’ll. I’mma make it.

Roman Chicken–just like the recipe above, this is happening in my kitchen ASAP. I already picked up artichokes for it. Also, Stephanie made it on Snapchat and said it was awesome AND easy.

Tex-Mex Style Beef Enchiladas–I’m making these for Sean’s bday dinner #2 on Sunday. Yes, we are having multiple bday dinners because that’s how we do!

French Bistro Burgers–Birthday Dinner #1 is going to be these bad boys (what?). On Saturdays we do burger-nigh-in and these are on the menu.

Chocolate Swiss Roll–I have a personal mission to make a swiss roll this year. Along with many other cakes. But a version of this swiss roll will happen.

Double Chocolate Sour Cream Cupcakes–everything your chocolate cupcake dreams are made of.

Meyer Lemon and Vanilla Pound Cake with Sour Cream Icing–a beautiful vanilla-scented citrus bundt with the most perfect crumb ever.

White Russian Affogato–we’re replacing the cream in this cocktail with ice cream and pouring a shot of hot espresso over the top.