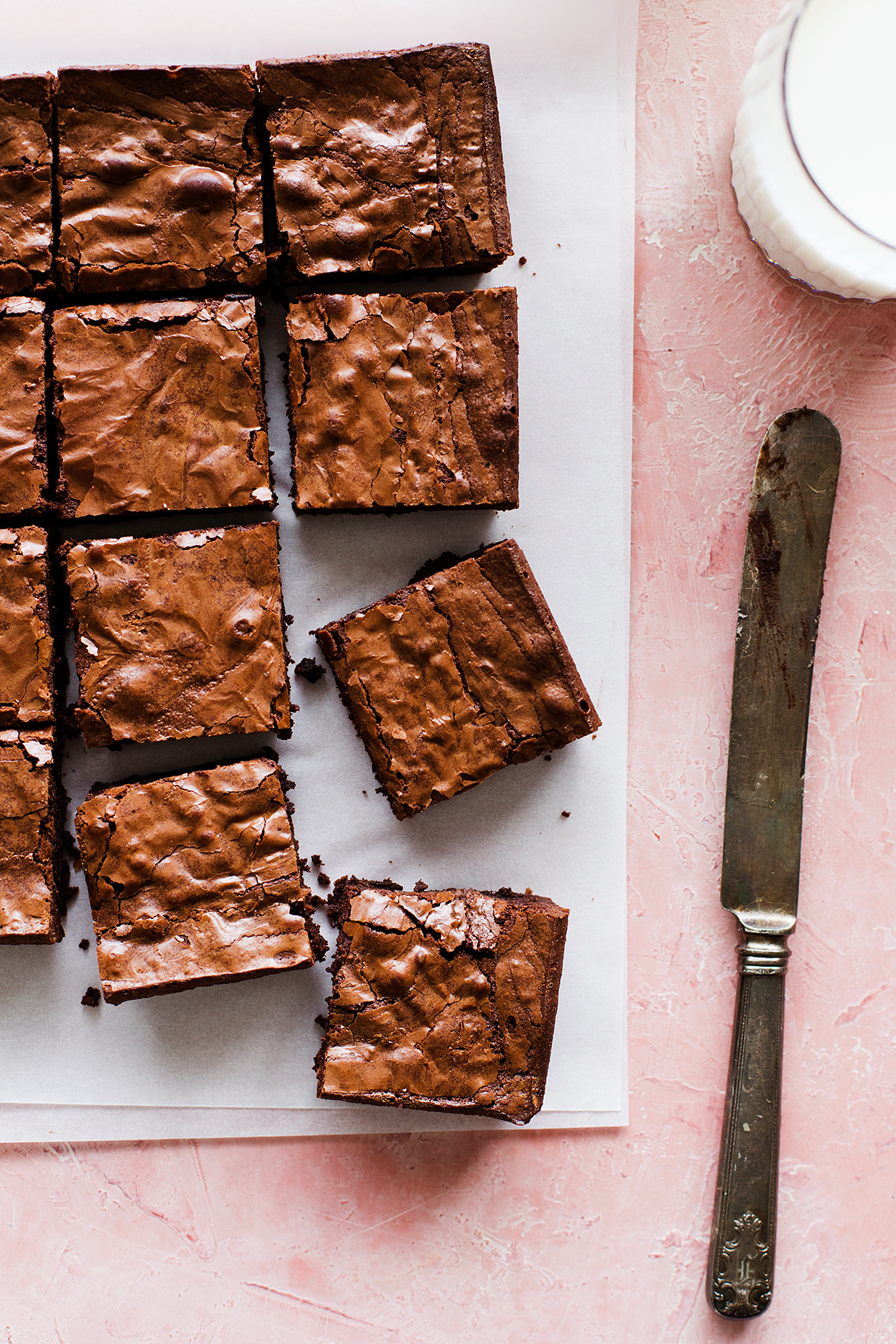 You guys! I think I’ve cracked it! A shiny, glossy, crackly topped brownie that is. I’ve made many a brownie sans the shiny, crisp top and they’ve ALL been delicious but when I realized the old blog was missing a classic (dare I say basic) brownie recipe, I knew I wanted it to be a deeply fudgy version with a perfectly crinkled glossy top. I tested this recipe several times with the same ratios and the common thread for the top was beating the eggs well into the butter/sugar/chocolate mixture.

I did a little research and the consensus seems to be that that crust is basically a meringue layer that rises to the top of the batter as it bakes. I’ve included some notes below to achieve the crust, but I assure you that even if the top isn’t uniformly shiny (a few batches were only striated with shine) they will maintain the rich, fudge-like denseness all fudgy brownie lovers covet.

I use the microwave to heat the butter, sugar, and chocolate mixture in 30-second bursts. Whisking between each stint in the microwave is important so the chocolate doesn’t scorch. You also want the mixture to be hot to the touch–not just warm but also not scalding. I found that this helps to dissolve some of the sugar so you get a creamy brownie and I think it also helps with creating the meringue-like top (it’s okay if not all of it is dissolved, but you want at least some of the sugar to melt into the mixture). You could also totally do this over a double boiler if you want, I just didn’t feel like adding that extra step.

I beat the eggs in one at a time, mixing really well after each addition. Like, 30-seconds per egg. I have done this with both a whisk + my super strong arms (ha!) and a hand mixer with good results.

Since these brownies have such few ingredients here and such a large quantity of melted chocolate, the quality matters! I’m not saying you have to buy anything fancy if you don’t want to but definitely use a chocolate and cocoa that you LOVE. I think Guittard and Ghiradelli both make excellent chocolate chips and baking chocolates that are pretty easy to find at most supermarkets. Use a Dutch-processed cocoa that you love as well, there isn’t a ton of it in the recipe but it helps to deepen the chocolate flavor and adds dark cocoa richness. More notes on Dutch-processed cocoa in this post. My all-time favorite is Valrhona, which I order online and keep stocked in my pantry at all times. 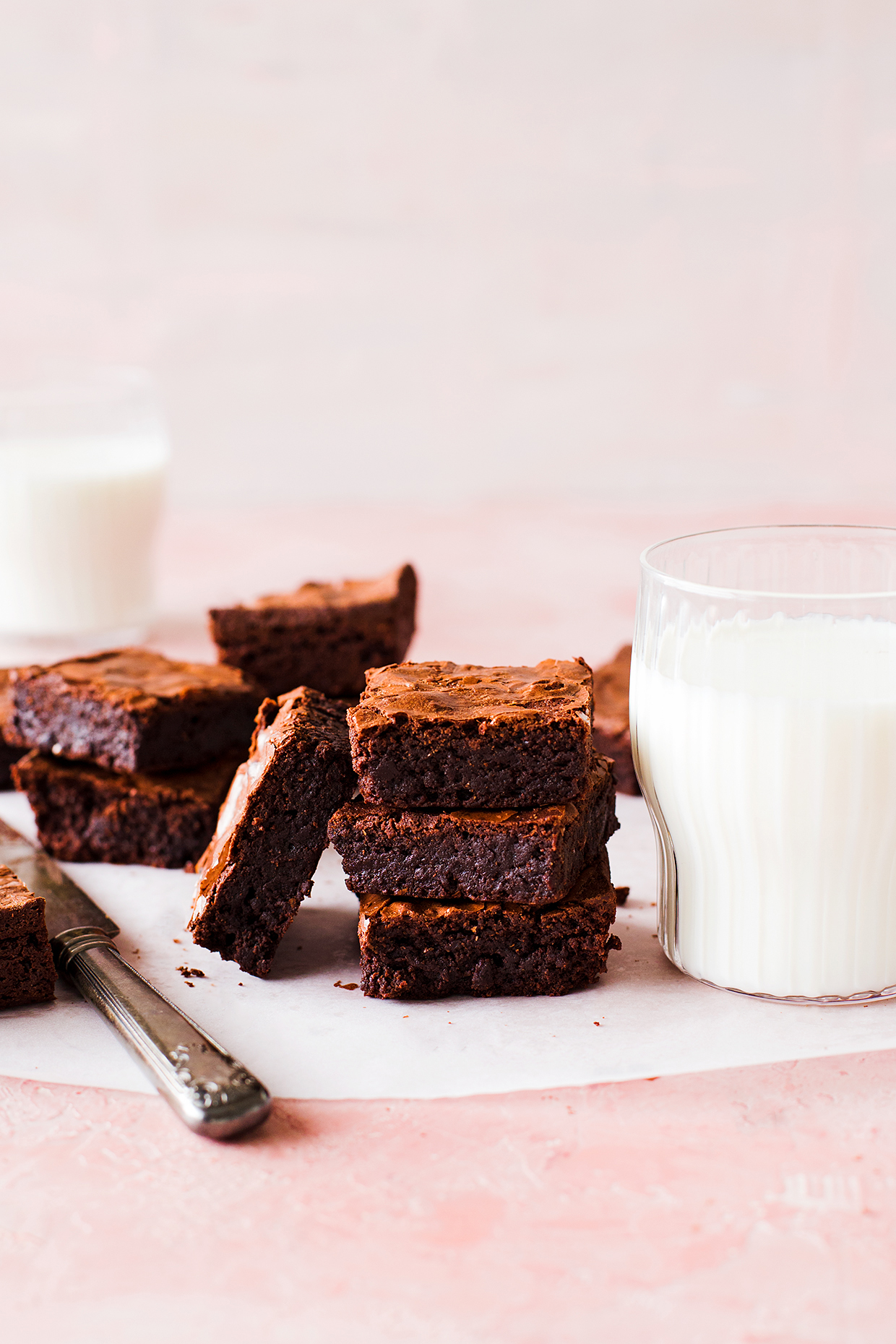 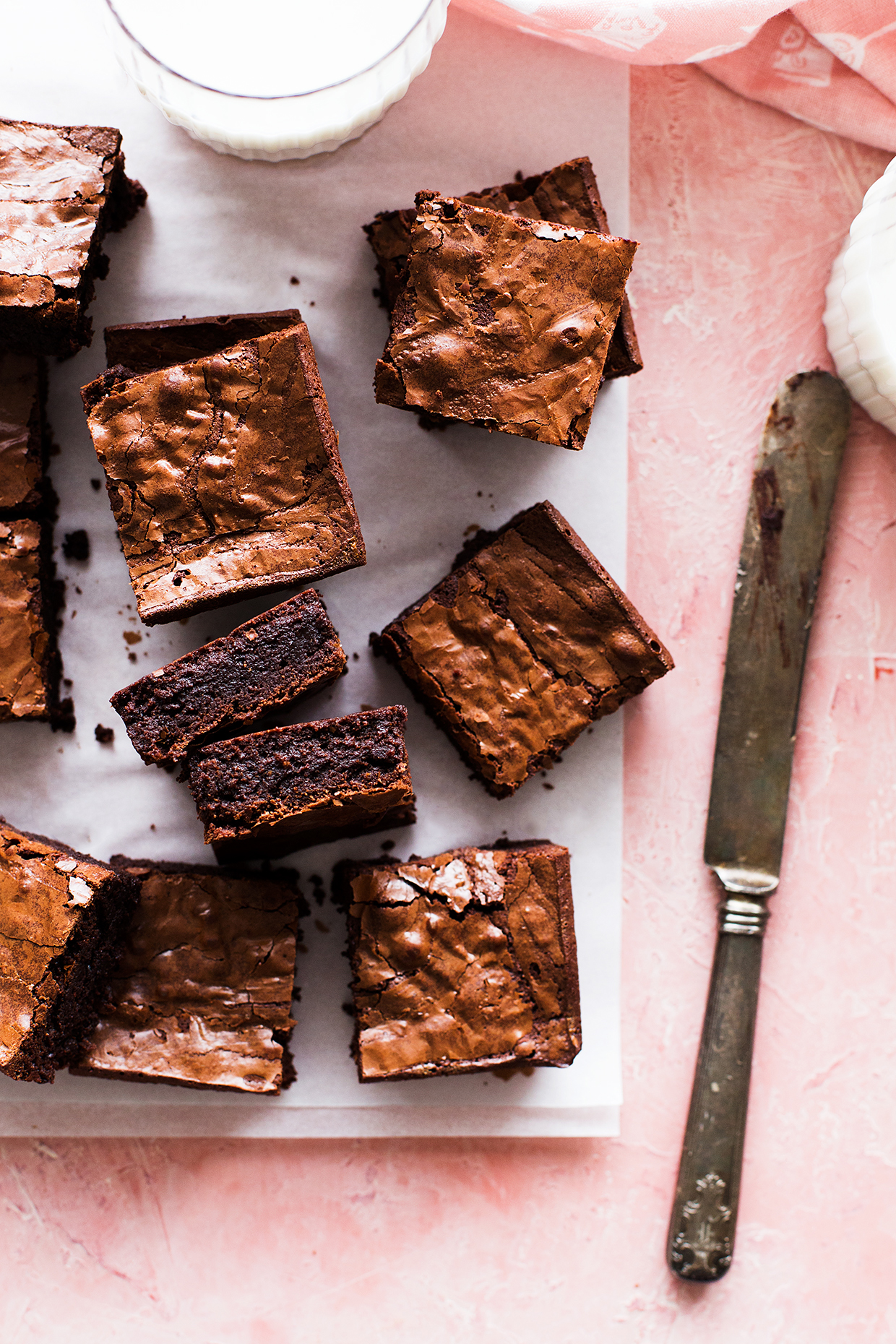