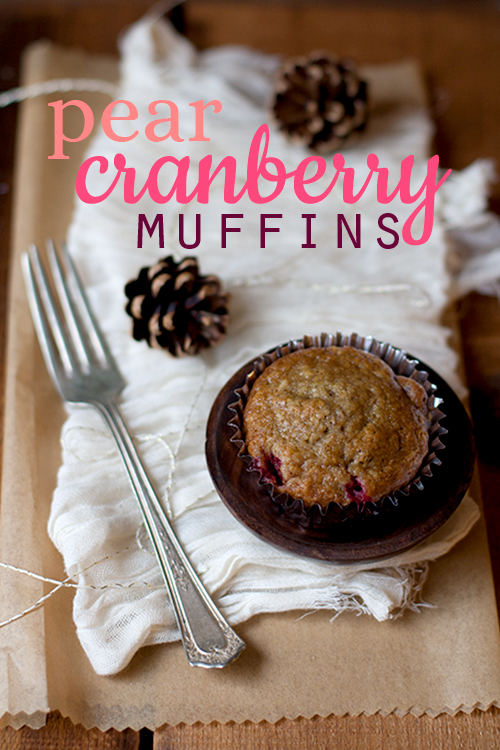 These muffins are perfect for snowy mornings. They were originally a bread, that I made last week after seeing it on Shutterbean. Tracy knows where it’s at when it come to delicious things. It was so dang good, I had to have it again this week, only in muffin form. These muffins have crunch from the nuts, tang from the cranberries, heartiness from wheat germ, tender moisture from juicy pears, and little hints of spice. The first time around I made the recipe as is, this time I added a few things like fresh ginger, a bit of allspice, swapped the walnuts for pecans, and snuck in that wheat germ–for science and health. 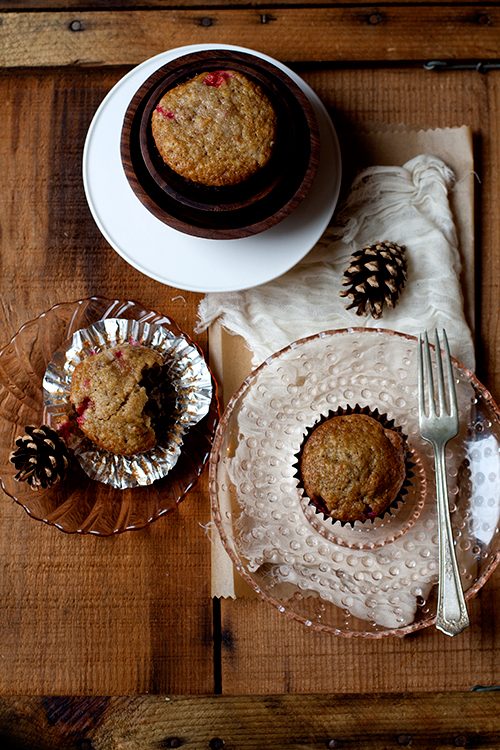 Like I said, these are perfect for snowy mornings. The kind where you wake up to heavy tree limbs all over your yard, and a massive driveway + walkway to shovel. Maybe you weren’t even prepared for the snow and forgot that you needed a snow shovel, so you had to drive to the hardware store before the sun was even up to procure one…but, thank goodness your car is a boss in the snow. After you’re done heaving around that heavy & wet snow and chucking those tree limbs back into the forest, you can come inside to a hot cup of coffee and a tasty muffin treat. You deserve it for being so physical first thing in the AM.

For those of you that may be wondering, this isn’t my first snow-rodeo. Despite being from Nevada, I’ve had my fair share of snow…contrary to popular belief, the desert has more to do with precipitation (or lack thereof) than heat. I lived in the northern part of the state, just east of the Sierra Nevadas where it’s usually cold, hot, or windy, and always arid. 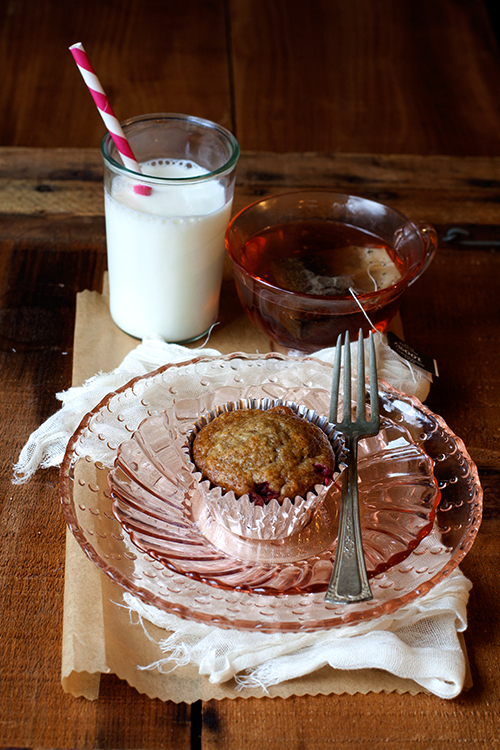 Preheat oven to 350F and line or spray a muffin tin. Set aside.

In a medium bowl whisk together egg, oil, ginger, vanilla, lemon zest and juice, and grated pear + juices. Fold wet ingredients into dry until just combined. Fold in nuts and cranberries. Evenly divide batter between muffin cups and bake fro 14-16 minutes, or until a toothpick inserted in the center of a muffin comes out clean. Store in an airtight container after completely cooled.