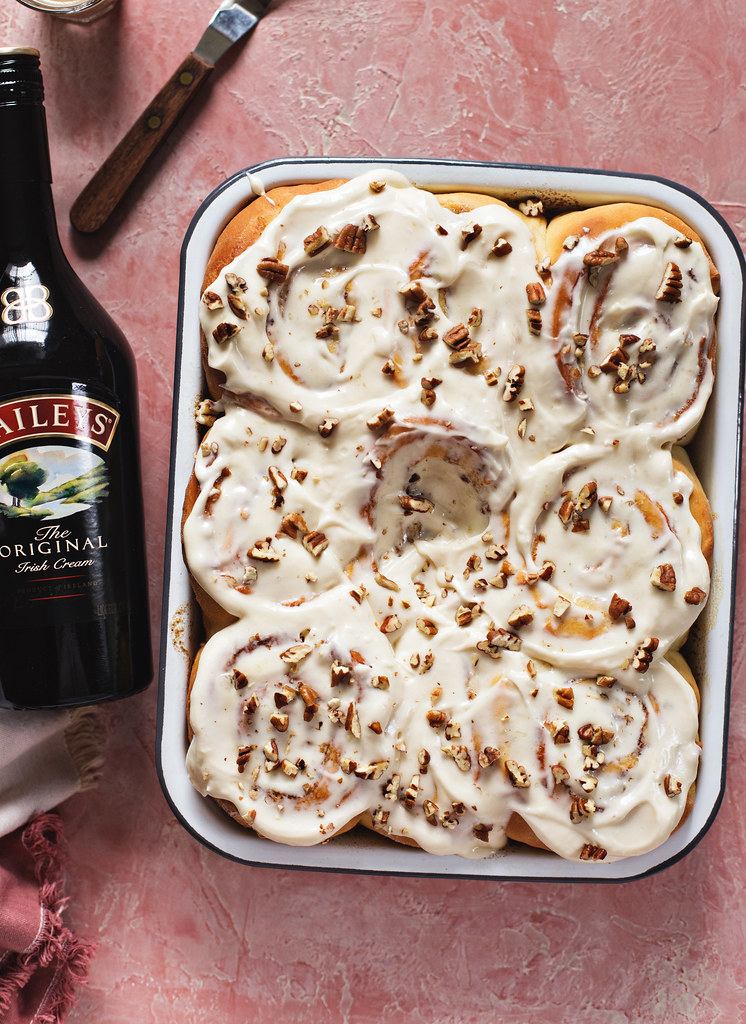 These rolls take my favorite cinnamon roll recipe to the next level with chai spices spiraled into enriched, feathery yeast dough, a sprinkle of pecans, and a generous slathering of cream cheese frosting spiked with Baileys Original Irish Cream.

I like to make the dough for these the night before and let them rise in the refrigerator overnight, while you can rise the dough at room temperature for about an hour, I like the deeper yeasted flavor of the cold-risen dough plus is so much easier to work with when it’s cold…which means you can get a tighter spiral! 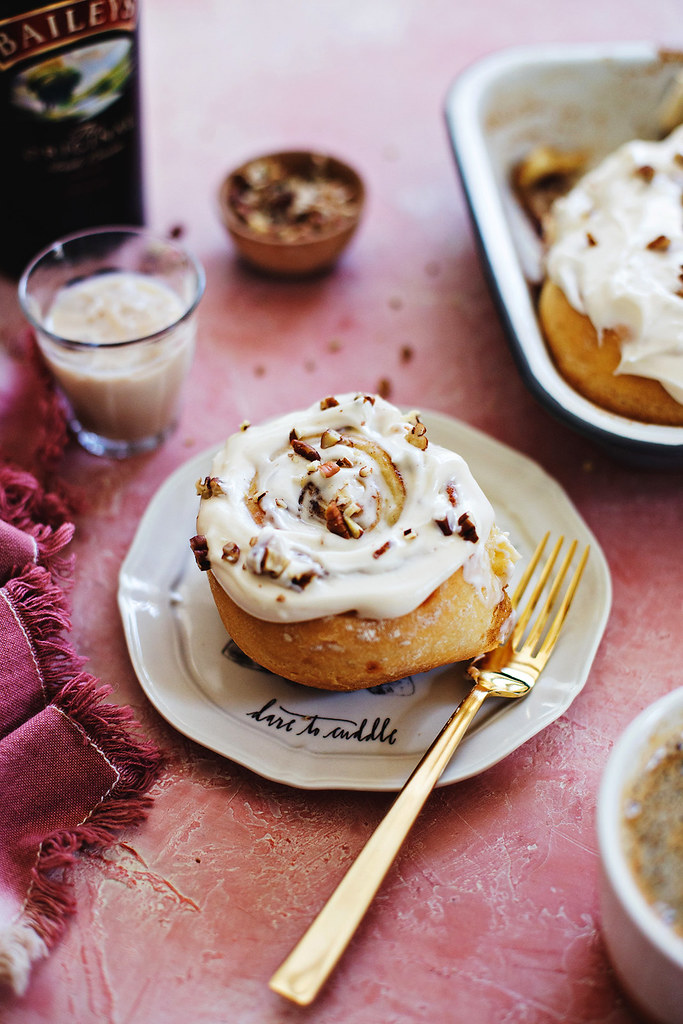 This post was made in collaboration with Baileys. As always, all text and opinions are my own unless otherwise stated. Cheers and drink responsibly, friends!