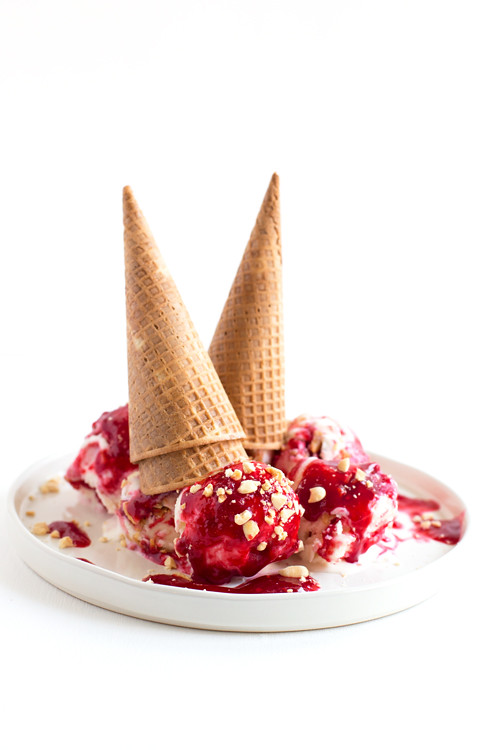 Thoughts on what to say about this ice cream have been swirling through my brain but really, nothing I come up with is doing it justice. I mean, it’s all the flavors of the much beloved PB&J in an ice cream: squishy white bread, tart jam, and wonderful peanut butter (team crunchy!). Peanut butter and jelly–though it’s always jam in my house, preferably raspberry–are childhood lunch memories sandwiched between two slices of bread. I have no doubt my love of this iconic sandwich has to do with the fact that as a child nothing felt more exciting than indulging my sweet tooth and a pb&j was basically a free pass to do exactly that and call it lunch. 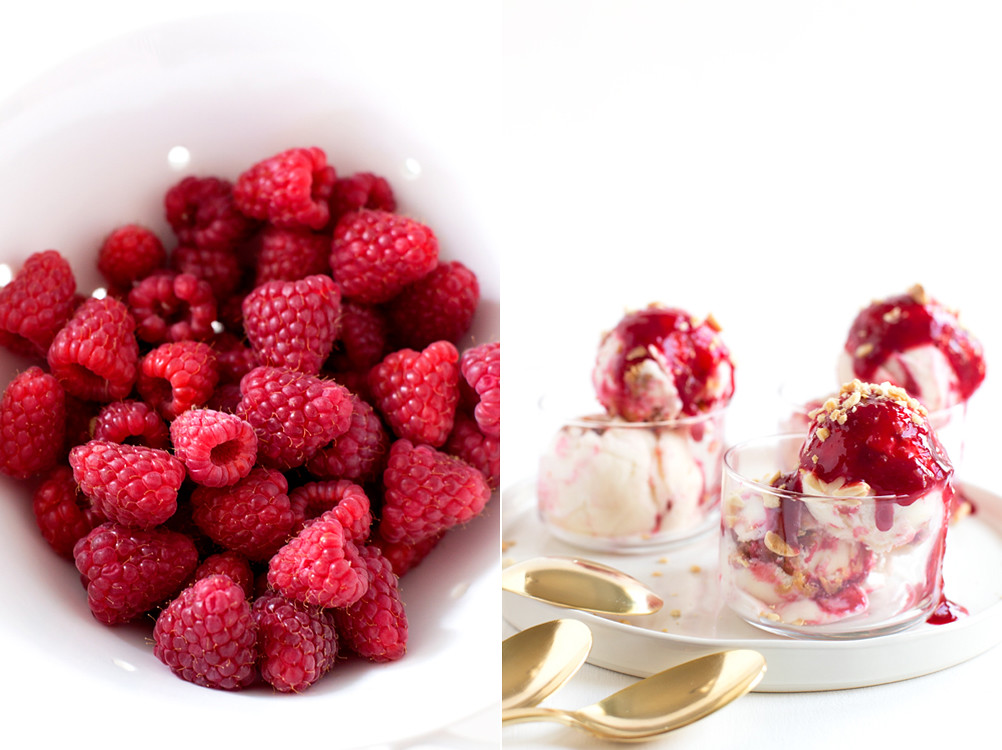 I’ve steeped toasted Hokkaido Milk Bread (made from this genius recipe) in the milk–this bread is an Asian-style soft and lightly sweet pillow of a bread that is basically heaven on its own. Even though my choice of pb&j sandwiches would have untoasted bread, the bread here is toasted for maximum flavor. The milk gets turned into the ice cream base making this toast ice cream. Yes. Then it gets swirled with a fresh raspberry ripple–fresh, juicy raspberries and sugar–and a just snappy peanut butter ripple which gives the whole deal a little texture. I can’t even with these pictures–they’re making me wish we still had a pint left in the freezer, but that’s a total pipe dream because we devoured it, obvs. 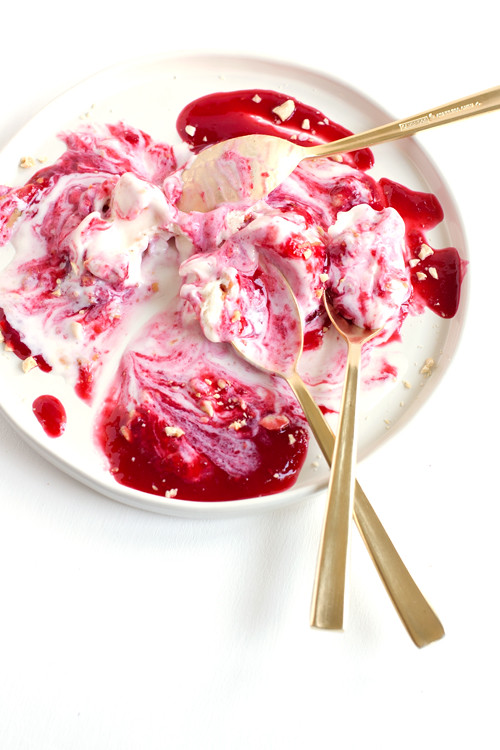 Save Print
Toast flavored ice cream with peanut butter and raspberry ripples! For the toast portion of the recipe, I like an enriched white bread–I used leftovers from a batch of Hokkaido Milk Bread–challah, brioche, or Hawaiian bread would all be great, as well. Be sure to toast the bread to a deep golden brown without burning it. The deeper toast makes for a more pronounced toast flavor in the ice cream. This recipe may have a lot of steps, but broken up over a day or two makes something totally worth the effort!
Author: Cindy
Ingredients
Instructions
Notes
Adapted from Jeni's Splendid Ice Creams at Home
3.3.3077