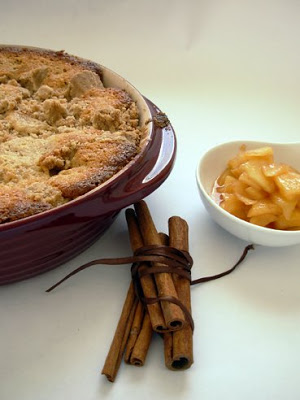 okay, so let me begin by saying there are no apples in this cake. i, being the crazy person that i am, forgot that and shot the photos with apples in them. then i added a little side of sauteed apples to sort of make sense of it all. in my defense, i think i made the mix-up because as i was setting up my photo area, i was baking some apple pie. a girls head can get cloudy with so much autumnal spice in the air. 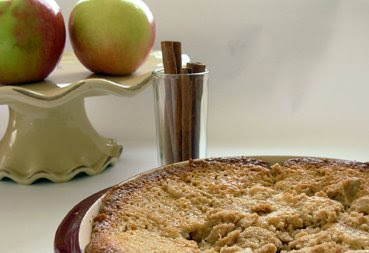 i have been thinking about crumb cake for well over a week now and each time my mind wandered there i thought about the big crumb coffee cake i saw on smitten kitchen a while back. since i didn’t really want a fruity cake, i decided to adapt another recipe. the cake turned out moist with a sugary crunch around the edges and the big crumbs…perfection. i am still not one-hundred percent on the cake base, not that this isn’t so good that i keep sneaking back into the kitchen to sneak a nibble. but, i wanted something more tender and light…so there may be another appearance from those big sugary, buttered crumbs in the near future. 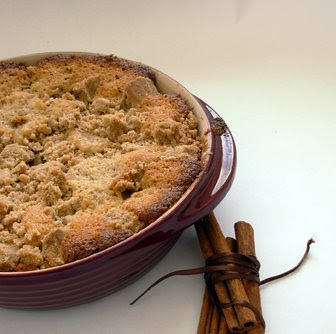 crumbs
borrowed and adapted from deb over at smitten kitchen

mix together all ingredients, except flour until smooth. fold in flour, mixture will look like a solid dough. set aside.

cake
adapted from dorie greenspan’s baking from my home to yours. i tweaked the recipe from the cinnamon squares and came up with this. i used cake flour since i seem to have an abundance of it right now.

whisk together eggs, sour cream and milk, set aside.

add oil to melted butter and set aside.

pour batter into a prepared pan. break up crumb dough with fingertips, trying to maintain large chunks throughout. sprinkle crumbs over batter and bake for about 35-40 minutes.