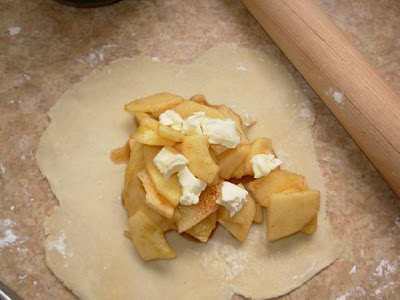 so…i made pies identical to these last weekend and i made some spiced ice cream to go with them. what happened you ask? i brought one pie to my bff and the other one was eaten while i was away. by the jezebel. i walked into the kitchen and there sat the plate…empty and pie-less. i was pretty mad and she knew it, sulking away in the corner. there are many reasons why i believe it was the dog. she can be sneaky at times and she has been known to eat baked goods off the counter (ahem, pan-o-fudge a few years ago, which incidentally left her hallucinating in the corner for an entire day…) i guess i can’t blame her too much for not being able to resist the temptation. 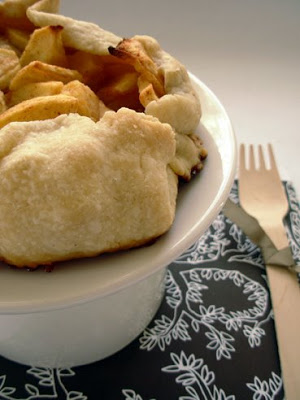 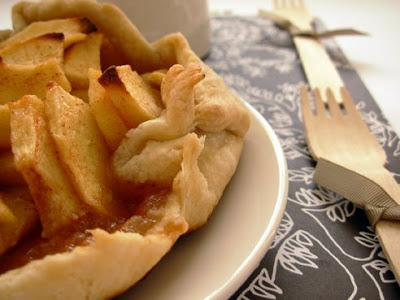 i decided to remake the pies since i was robbed of the apple-y goodness that i had been craving. no ice cream though. dang. i haven’t really ever been a fan of apples in their cooked form, but this year has been different. i have gained a new found appreciation for them–baked, sauteed, enveloped in buttery, flaky crust. mmmmm. i have many plans for these dear, autumn fruits. 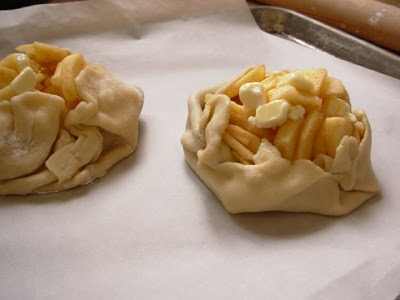 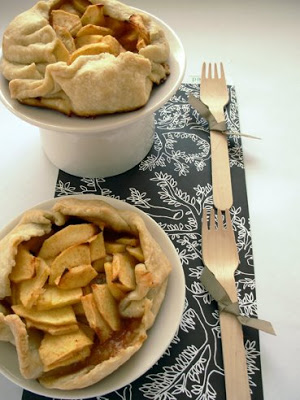 all butter pie crust
this recipe is from martha. i have been using it forever and it is my fave because…well, i love butter and i’m not really trying to mess around with anything else. i use a food processor to do the work, but of course you could use a pastry blender or a fork or knife. that is what i did until i aquired my food processor. whatever works.

i only used one disk of dough for the pies…so extra could be used for something else yummy later on.

turn out dough and shape into two equal disks. wrap in plastic and refrigerate for at least 1 hour.

apple filling
i used honey crisp apples because they were on sale at raley’s. they worked nicely and kept their shape well. the sugar can be adjusted, i like my apple pie on the tart side…more room for sweet accompaniments like ice cream and caramel sauce. if you don’t want to make two small pies, make one large one.

peel, core and slice apples and place in a medium bowl. add lemon juice, sugar, honey, cinnamon and a pinch of salt. stir until apples are well coated.

cut dough disk in half and roll out into a circle-ish shape. place half of filling in the center of rolled out dough and repeat with the second one. break up one tablespoon of butter with fingers for each pie and sprinkle over the top of each. fold in sides of dough, wrapping the filling up like a loose package, leaving the apples in the center exposed. bake for 30-40 minutes.