I’ve never been a big drinker, especially post-baby, but I do enjoy a cocktail or glass of wine every so often. This cocktail has been my jam this season! I made it for the first time when we had some friends over for an impromptu game night and it was a hit. It combines some of my favorite autumnal flavors–apple and ginger–in an easy-drinking libation. 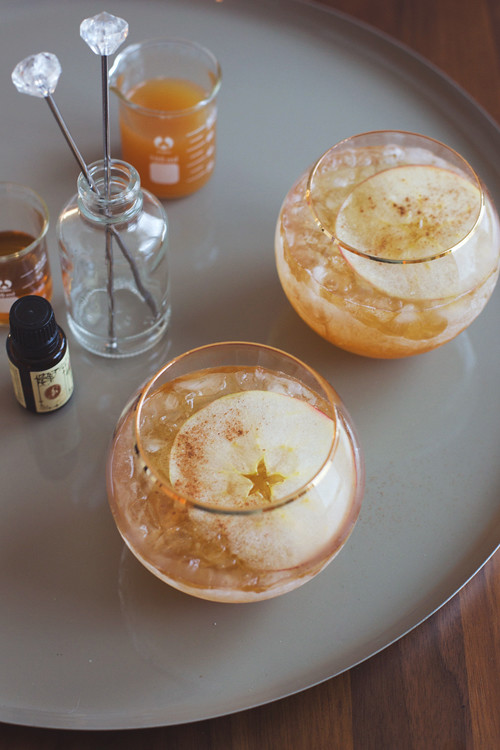 The ingredients are pretty familiar, for the most part. The only semi-exotic thing being the Calvados–which is simply French apple brandy. It’s warm and caramel-y with lots of apple flavor without being a neon-green-sour-apple situation. It’s one of my favorite fall liquors to cook with (use it to deglaze a pan of pork chops!), but also makes a great addition to this fall-time cocktail. Besides the Calvados, we have warming bourbon, fresh apple cider, fizzy-spicy ginger beer, a little bitters, and a pinch of cinnamon. The combination makes for a cocktail that’s reminiscent of hot apple cider, but packs a refreshingly fizzy, tipsy punch. 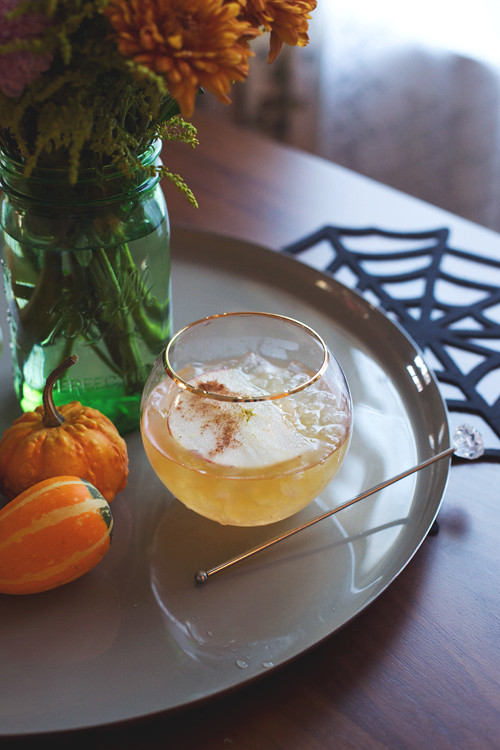 Calvados can be found at any well-stocked liquor store. It’s a bit of an investment for your bar, but makes a great addition for fall cocktailing–it’d be great in a hot toddy! and like I mentioned, it’s awesome for deglazing for an excellent pan sauce. There are a few different brands, so choose the one that best fits your bar-budget. That said, this cocktail doesn’t suffer much without it, just add more bourbon!

a few shakes of orange, or classic, bitters

Fill a cocktail glass with ice (I like crushed, but cubes work just fine). Combine the bourbon, Calvados, apple cider, and bitters. Top the drink with ginger beer–more or less depending on how strong of a drink you’d like–stir and sprinkle with a pinch of cinnamon.