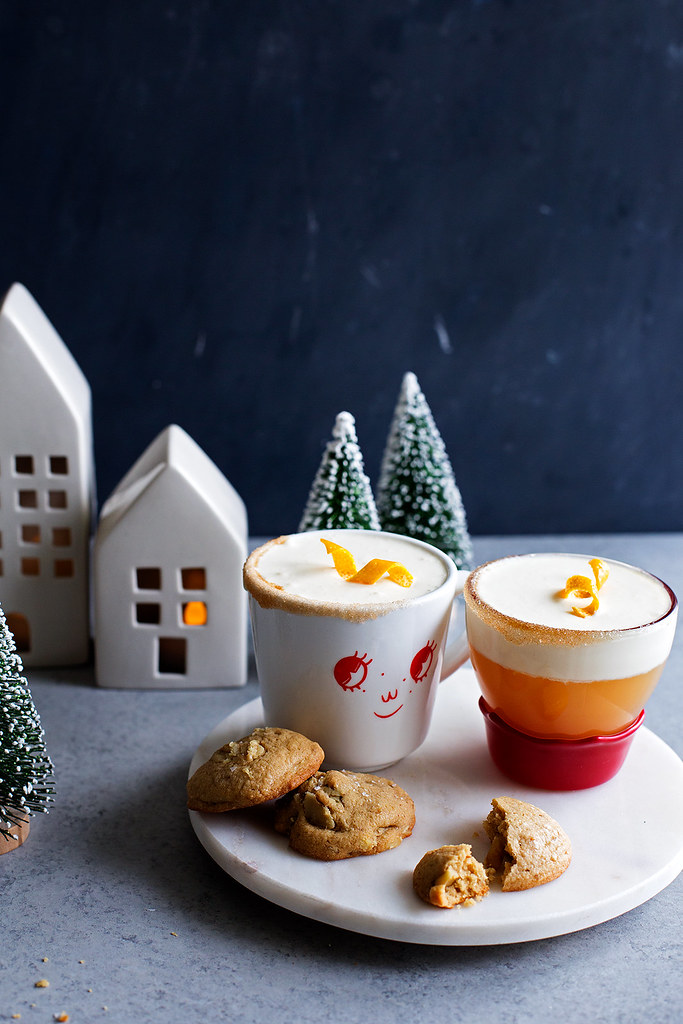 My husband, Sean, and I are awful at dating. This isn’t a new thing that happened after Casper was born, it’s also not something we lament. We just tend to stay in and order take-out over going out.  Recently, we did go out (and by recently I mean in October) and I had a toddy that I cannot stop thinking about! It was from Bithouse Saloon here in Portland and had hot cider, cachaca, lemon, maple, and this thick, dense layer of softly whipped cream that acted as a sort of lid you had to sip the toddy through. SO GOOD. Since we’re just the homebodiest of homebodies, especially as the temperatures dip, I knew I had to recreate something similar at home.

One of my favorite wintertime beverage tricks is steeping tea in hot cider; it’s so good! It satisfies my annual cravings for apple cider and my need to consume many mugs of tea. I used a boldly spiced tea, for that full cozy effect, and added a strip of orange zest for good measure. Instead of using cachaca, I obviously subbed in Maker’s Mark with excellent results. Of course, I could not leave off that dense layer of cream and I made it slightly more interesting by adding a few dashes of aromatic bitters to the mix. The result is a warming cocktail with notes of sweet apples, bitter orange, warming bourbon, and spices sipped through a rich cap of aromatic cream. It’s the drink you’ll want to cozy up next to the fire with and stay in for. 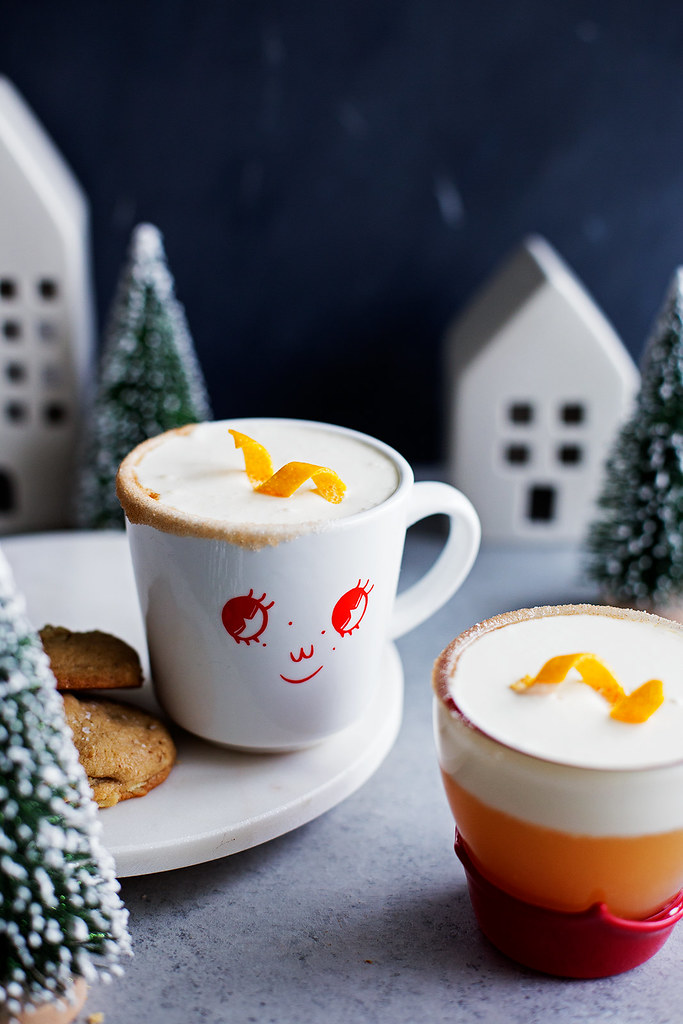