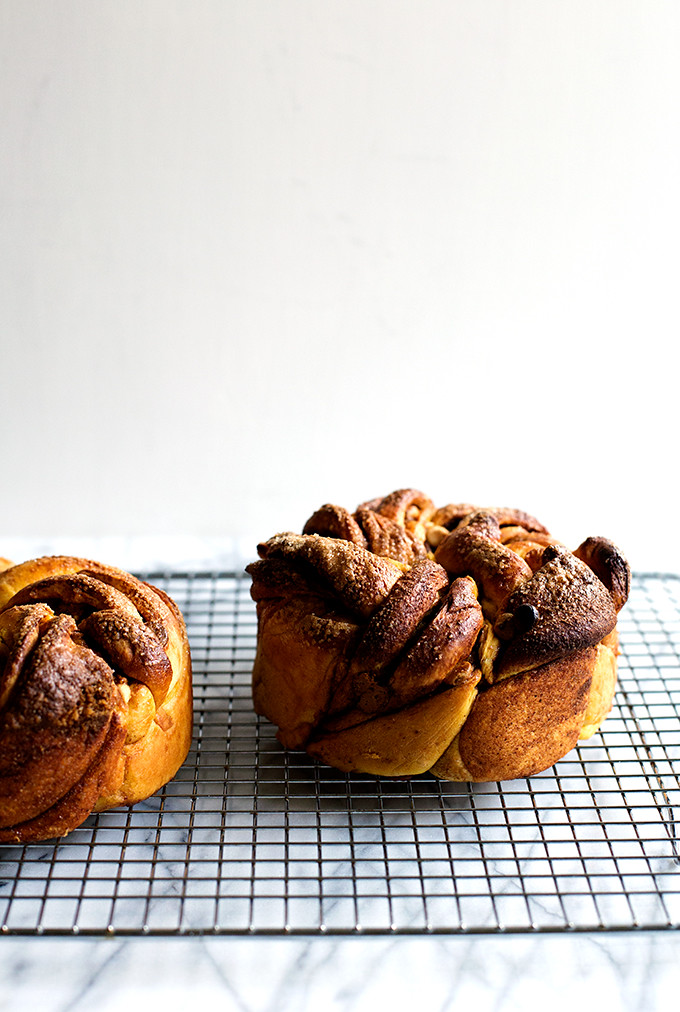 I can’t believe it’s November already. I mean, I put in an order for a turkey last week for goodness sake! I know it’s incredibly boring to talk about how quickly time passes, but somehow it still amazes me. Anyway, I wanted to sneak in another pumpkin recipe before fall suddenly passes us by and we’re in the dead of January and we’re juicing kohlrabi or something. I intended to make a cinnamon-swirl bread with pumpkin, like a standard-loaf. When I went on the hunt for some inspiration I first went to my friend Megan’s blog and then I saw this number and I was like, “DING, DING, DING! We have a winner.” Not really, I don’t say that IRL, but I was liked, “YES. This. I’mma make dat” (<<< I know, not much better). 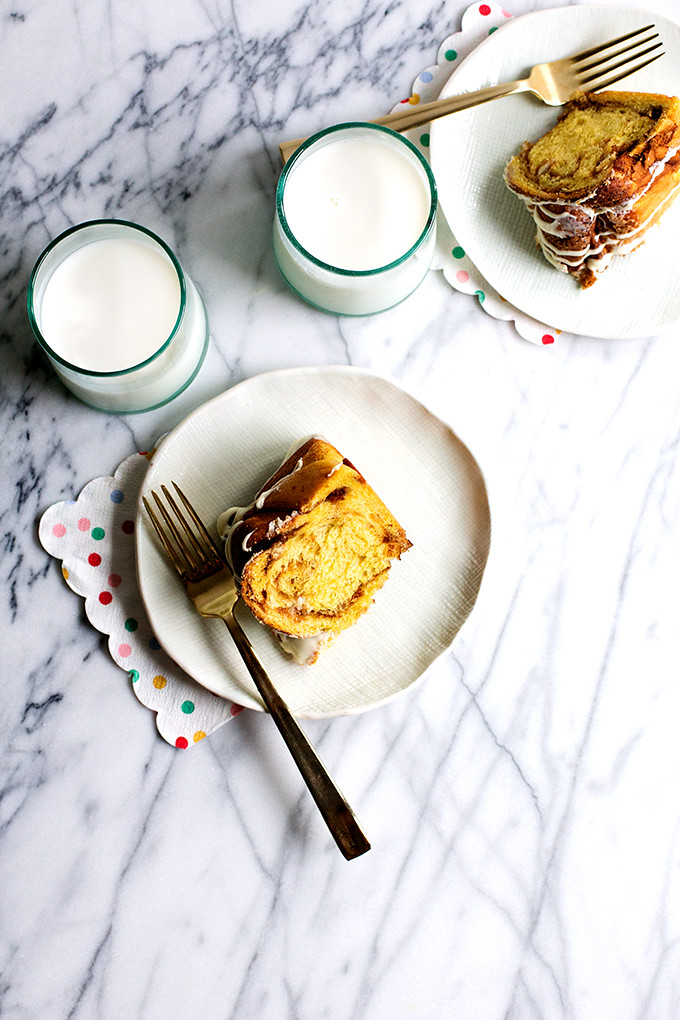 See, one of my favorite fall-time things to make is Megan’s pumpkin pizza dough. It’s not like, punch-your-face-pumpkin-city, more like subtle earthy, sweet pumpkin-ville. It’s really great and I really wanted to make a sweetly spiced bread using pumpkin and yeast. I’ve made yeasted pumpkin things before (see these Chocolate Pumpkin Swirl Buns and these Pumpkin Sandwich Buns), but this braid just called me. I have recently been coming around to white chocolate (I was a non-believer in the past) and thought it would pair really well with the sweet spice of cinnamon and the just sweet, earthy pumpkin dough. This braid was so much easier than I anticipated! It was a little messy what with the cinnamon filling and white chocolate chips rolling about, but came together so nicely. This bread is so moist, not too sweet, with lovely streaks of sweet cinnamon filling braided throughout and sweet, buttery bites of white chocolate. It’s also impressive, so definitely feel good about bringing this to the neighbors to flex your fall-time baking skills. They don’t have to know it’s easier to make than it appears. . 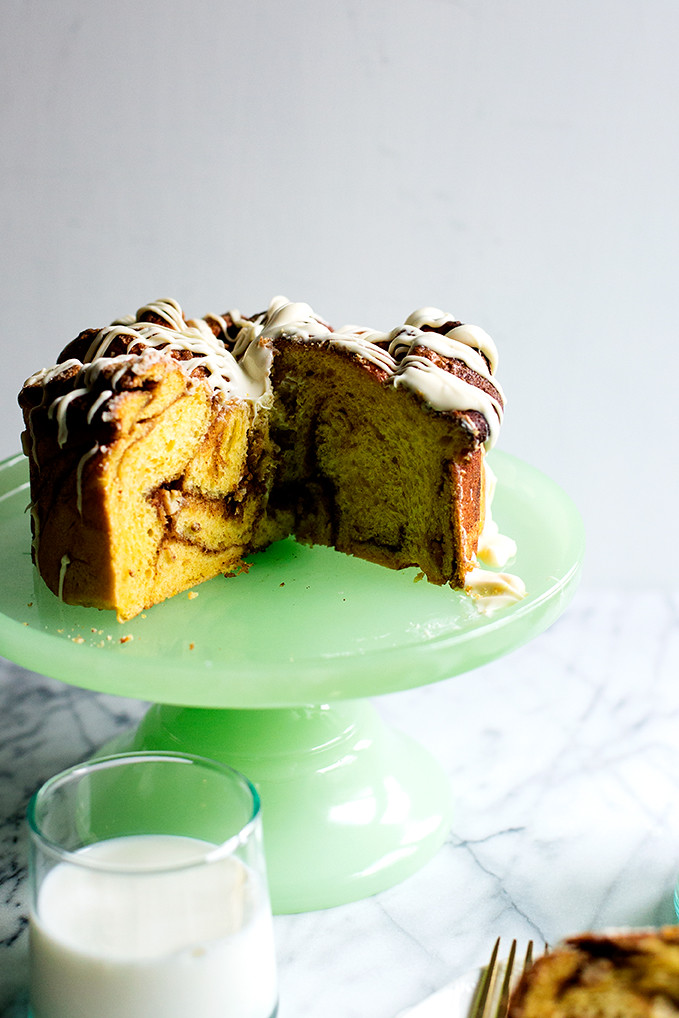 You can make this dough by hand, as well.