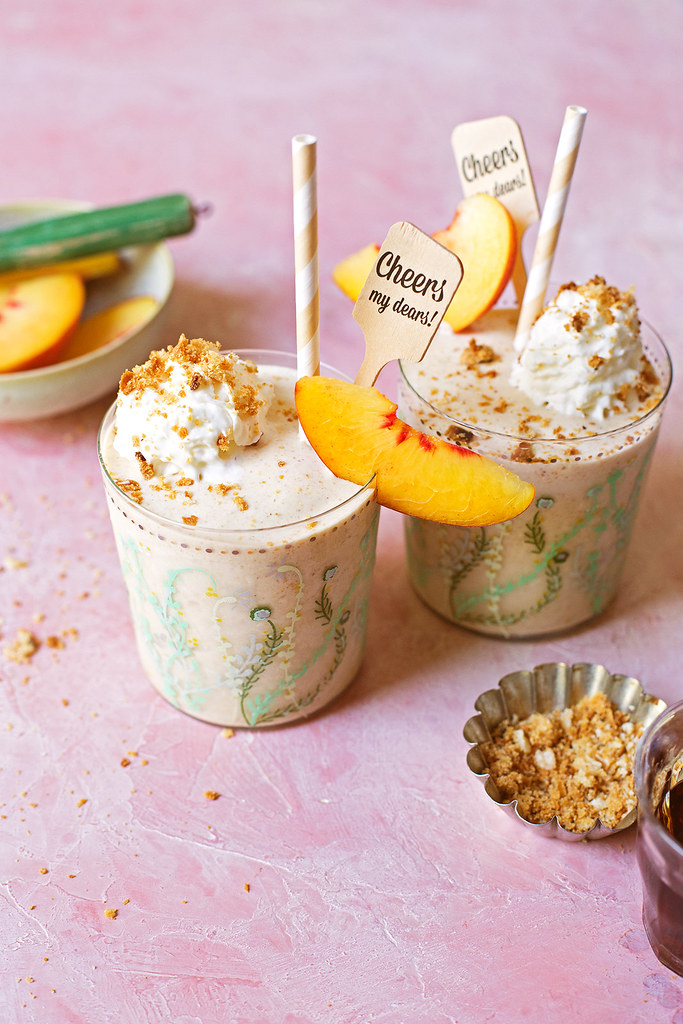 CHEERS MY DEARS! How is the summer going for everyone? We’ve settled into a flow of preschool, work projects, play dates, and chicken visits! My sist-er-in-law and I got a little rainbow flock (all different breeds with different colored eggies!) and we’ve been enjoying watching them grow and develop their personalities. They live at my brother and sister-in-laws since they live in the psuedo-country and have a huge yard. We’re even painting their coop rainbow b/c why not, right?

Anyway, enough chicken talk for now *you can catch a glimpse of them on Instagram!), I could go on forever about them. Slightly obsessed, but only slightly. Ha. I have also been working on some posts for my friends at Simply Recipes, which has been so fun! I have been a long-time reader of SR and it’s a total dream to work with them. One of my first project for them is a peach pie that is due to go live later this summer. I tested several versions of the pie to get it just right…which means I have had pies for days over here. So, while I was washing my hair the other day (#showerthoughts) and thinking about what to do with all my excess pie, I naturally went to a pie milkshake bc pie milkshakes are genius and just the natural evolutionary process of pie and ice cream. Then, I was like, I have some rum so let’s throw that in there. I know, a thrilling tale. Anyway, so here it is, a super-easy method to get pie and ice cream into your face with a little sidecar of booze because it’s summer and we do what we want!

Use a smaller slice of pie. If there’s too much crust in the final milkshake I found that it had a weird texture, more like soggy pie than a pie milkshake. If you want more peach pie flavor, add some slices of fresh or frozen peaches instead of more pie, and sprinkle the top with additional crust crumbles.

1 ounce of rum for two small milkshakes was just right for us, but you can bump it up more if you dare. 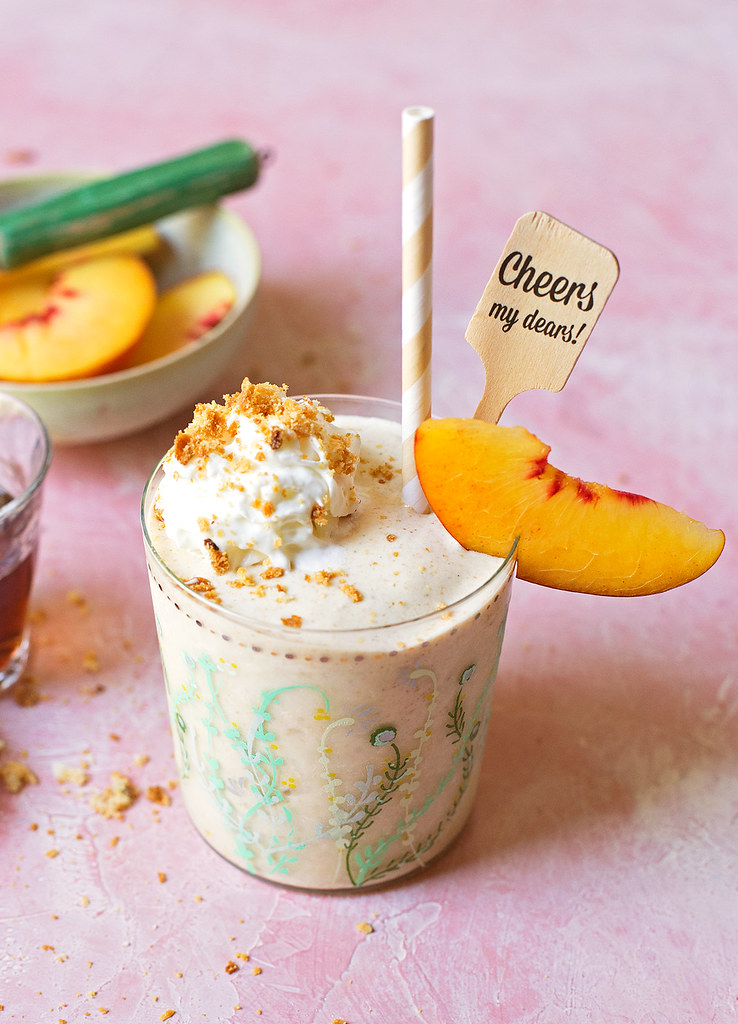