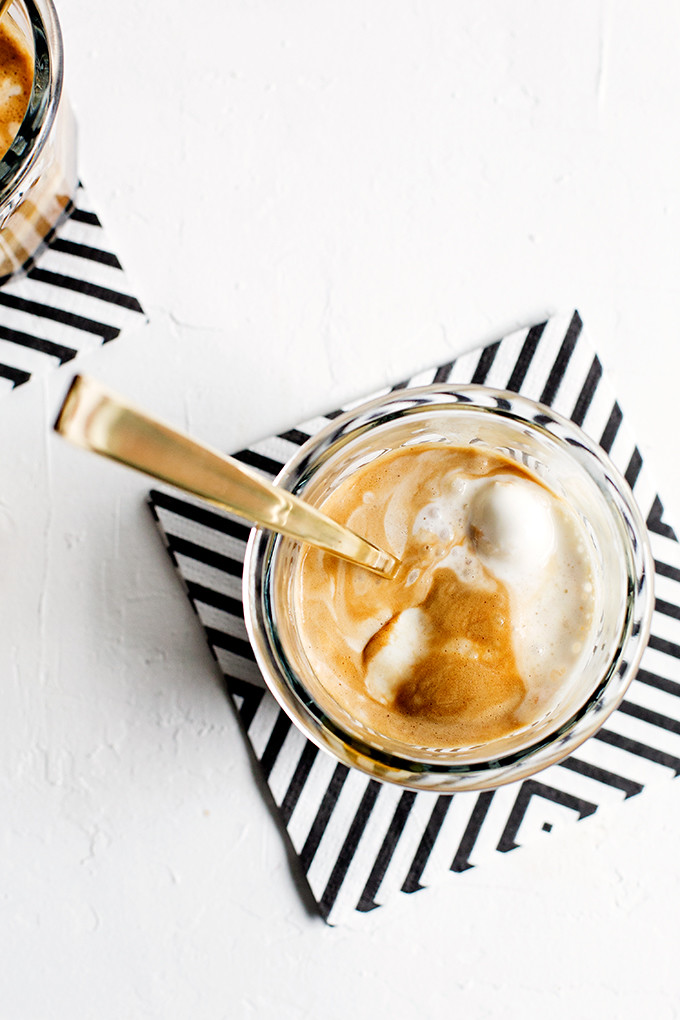 Originally this was going to be a hazelnut affogato with hazelnut ice cream but it happened to be a MAJOR fail. So, what’s one solution for a fail? Pour booze on it. I don’t recommend this for all things, all the time–that could turn dangerous–but sometimes a little pour can make things better and in the case of this White Russian Affogato, it definitely did.

I think the first time I learned of affogato was when I worked at Starbucks in college. People would order their frappucinos “affogato-style” which just meant we’d pour a shot on top. Affogato apparently means “drowned” and essentially you drown a scoop of cool ice cream in hot espresso. The result is somehow even better than the sum of its parts. I mean, I already love ice cream and espresso, so the combination of the two is an absolute favorite. I think it makes a great dessert for hosting dinner–you can scale it up or down and scoop the ice cream into cups well in advance and store in the freezer. Plus, you’ll look fancy as hell whisking out of the kitchen with a tray of these with fresh shots of espresso on the side for pouring over tableside. To up the fancy factor, let’s add booze. A couple White Russian things I’ve been seeing got me craving that flavor combination, specifically this cocktail and this ice cream. So, I had to do Kahlua and vodka, just like the classic White Russian cocktail, because it’s just so dang good and really not that far from the actual drink. Instead of cream we’re using ice cream. It’s a no-brainer. 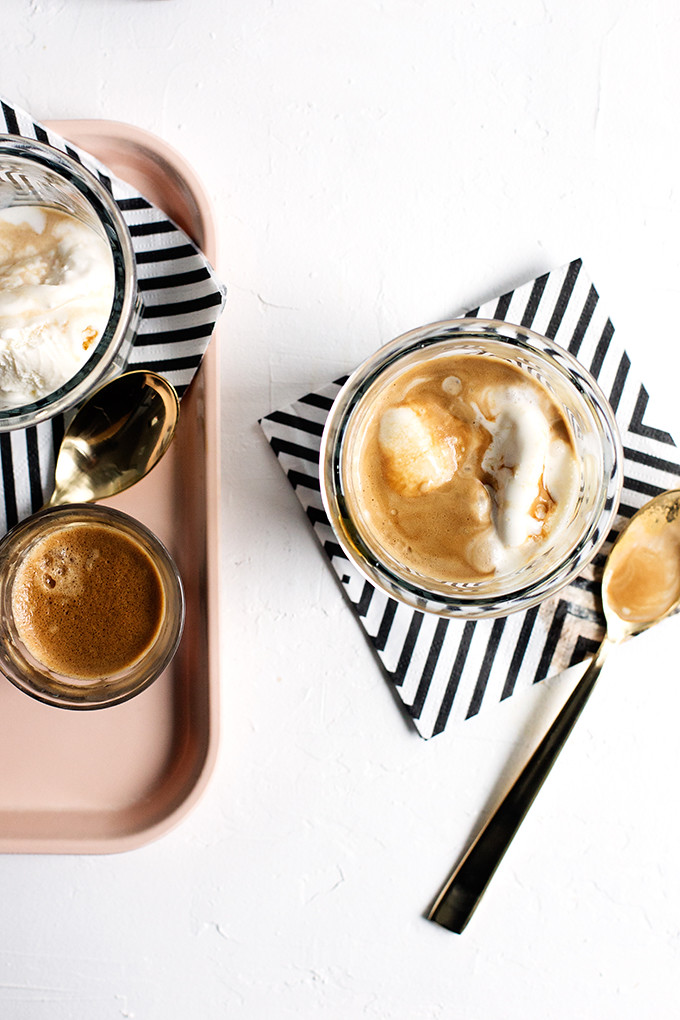 Cool ice cream and hot espresso mix with Kahlua and vodka for a dessert inspired by the classic cocktail.
Author: Cindy
Serves: 1
Ingredients
Instructions
Notes
You could just use an ounce of strongly brewed coffee in place of the espresso if you don’t have an espresso machine.
There’s not really a substitute for the Kahlua and vodka, but you could certainly leave them out if you’d like a non-alcoholic version.
3.4.3177